Cleft lip and palate are congenital defects that affect speech, making a child speak nasally. It happens because the palate i.e., the roof of the mouth is unable to close off the mouth from the nose while speaking, thereby letting the air escape through the nose.

While these birth defects are fairly common and can be corrected with minor treatments or surgeries, some children may need speech therapy to correct articulation, ensuring there is good oral pressure and developing new motor speech patterns in order to improve the overall speech.

How To Go on About Speech Therapy After Cleft Palate Repair?

Sometimes, children born with cleft palate have velopharyngeal dysfunction resulting in too much airflow through the nose, also known as hypernasality. It can be treated by repairing the cleft, but after surgery, some children still have the dysfunction, and that’s where additional intervention in the form of Cleft Palate Speech Therapy comes into the picture.

Speech-Language Pathologists working with children with Cleft Palate conduct speech-language therapy to help with their articulation and resonance disorders. 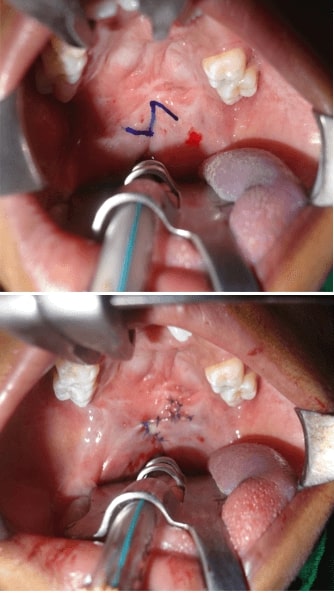 A disorder when a child has trouble emitting certain sounds. Some of these include:

These sounds are formed by a ‘pop’ of air, but the release of air by the child can make it sound like they are omitting a constant.

These sounds are formed by letting the base of the tongue press against the back of the throat, but it can sound raspy for a child with a cleft palate.

These sounds are formed by letting the stream of air pass through the nasal cavity instead of the oral cavity which makes it sound like the child is talking through their nose.

A disorder that can result in children sounding nasally (hypernasality), as if they have a cold (hyponasality), or a mix of both.

What Are Some Cleft Palate Speech Therapy Techniques?

It allows children to distinguish between normal speech and nasalized sounds by listening to the recordings and then producing their own speech so they can hear the nasality.

In this technique, to push the back of the tongue down, the SLP may ask the child to yawn so that their mouth can stretch.

To help produce the ‘ng’ sound, the SLP may press the tip of the tongue using a tongue blade while simultaneously pressing upward under the chin.

How Much Does Cleft Palate Speech Therapy Treatment Cost in India?

There is no fixed cost for cleft palate speech therapy in India as you get charged per session so the total cost would depend on the number of sessions you’ll take or require.

cleft palate speech therapy treatment cost for a single session in India can be anywhere from INR 500 to INR 5,000 and more depending on the therapists.

Which Is the Best Hospital for Cleft Palate Treatment Speech Therapy in India?