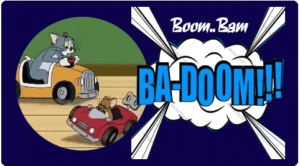 When seen in cartoon movies, the “Boom, Bam, Badoom ” is hilarious to watch. But in Real Life, when Tom hits Jerry with a car, it usually leads to severe trauma and life-threatening injuries. Road Traffic Accidents are the leading cause of Trauma in developing countries like India. This is due to unawareness of safety measures and ignorance of safety laws like wearing a helmet, wearing a seatbelt or simply following traffic rules. we had one such patient at Richardsons Dental and Craniofacial Hospital for jaw fracture treatment. The patient 23-year-old male while walking on the road was hit by another vehicle, which caused a fracture of the lower jaw. 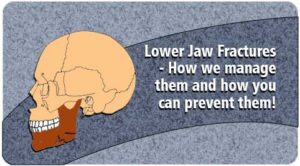 What does the patient present with??

They most commonly present with the following symptoms facial wound, pain in the jaw, pain on mouth opening, difficulty in eating or the teeth not fitting right on upper teeth. Our patient presented with a laceration on the left side of the chin with bony fracture seen through the laceration.

Later, this same laceration was used to approach the fracture site. Apart from this, He also had difficulty in mouth opening and bleeding.

What to do first in jaw fracture treatment?

A patient should be rushed to the nearest hospital. Basic treatment such as maintenance of breathing and stoppage of bleeding should be done. All Vitals should be maintained such as blood pressure, pulse, and consciousness. some of the severe fractures can lead to a head injury which can lead to unconsciousness.

What is the jaw fracture treatment?

At Richardsons Dental and Craniofacial Hospital, Trauma is treated on a priority basis. A patient was immediately attended admitted and CBCT scans were done. CBCT showed an oblique fracture of the mandible. A patient has explained the treatment. a fracture was fixed under general anesthesia. Full treatment procedure can be seen on the following link.

What if not treated??

Jaw Fractures if untreated or delayed can lead to severe malfunction and facial deformities. The lower jaw or the mandible contributes significantly to facial growth and structure.  If trauma or fracture happens at an early age, it could lead to severe deformities which then requires long and multiple surgeries to correct. Sometimes, the bite remains open due to untreated fracture and can lead to difficulty in eating.