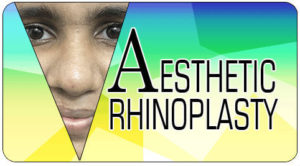 How important are aesthetic and looks to Indian society?  Not all that important for anyone up to the age of maybe 15 or 16 probably. However, the moment a girl reaches the age of 17 or 18, the so-called marriageable age the importance of looks & esthetics comes into play. Every aspect of her face is carefully scrutinized, be it the nose or the lower jaw or the cheekbones. Everyone wants their daughter to be the most eligible bride in the town. Let us know how aesthetic rhinoplasty surgery is important for a human life.

One patient by the name of Vijaylaxmi visited our centre. Her parents were upfront and direct when they expressed their concerns over the fact that their daughter has reached a marriageable age and hence they want to correct her nose so that she seems more attractive to the society hence fetching her a good marriage proposal. Dr.Sunil Richardson examined Vijaya and after studying the preoperative CBCT and other investigations decided to perform an aesthetic Rhinoplasty procedure for Vijaya. The areas that seemed to be of concern were the absence of tip support, the presence of a dorsal hump and an overall wide nose. The treatment plan suggested was a Septoplasty along with a dorsal hum reduction and creation of a nasal tip. All the routine screening tests were normal and Vijaya was shifted into the OT for the procedure. The whole procedure took 2 hours after which she was shifted to the postoperative care room. She had full recovery thereafter and had taken a normal diet the very next day.  Vijaya was in our care for 4 days after which she left for home only to return back for her regular follow up visits. She and her parents have been kind enough to keep in touch and come for regular follow up visits. Last we heard from them, we got to know her marriage has been fixed. 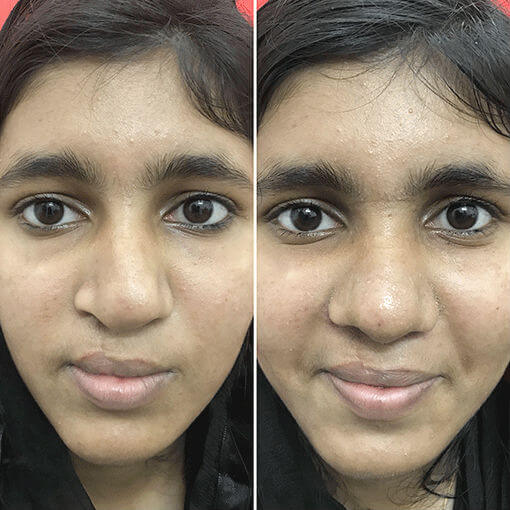 The nose is the central defining area of the face. The appearance of the nose has a major effect on the aesthetic perception of the female face. Women have always been criticized or scrutinized over their facial appearances not just here in India but worldwide perhaps. As doctors, it is our duty to cater to the patients’ needs and demands as per their requirements. Esthetic Rhinoplasty is a procedure commonly undertaken here at Richardson dental and Craniofacial Hospital.