HomeBlogJaw SurgeryAll That You Have To Know About Upper Jaw Protrusion

All That You Have To Know About Upper Jaw Protrusion 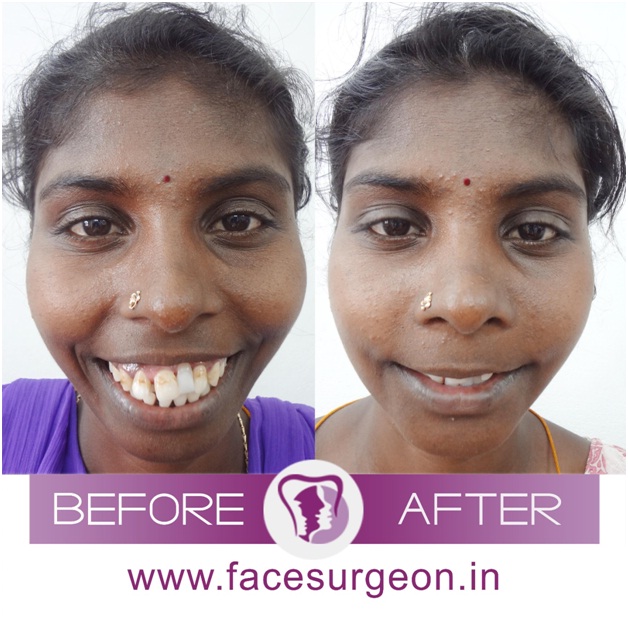 All That You Have To Know About Upper Jaw Protrusion

There are dozen-odd things that could go wrong with the upper or lower jaw. For instance, overdevelopment of the upper jaw, aka maxilla, could cause an overbite. Similarly, if the lower jaw or mandible is overdeveloped compared to the jaw or skull, the problem is called an underbite. Thankfully, both these conditions can be rectified by a team that includes experienced dentists, orthodontists, and maxillofacial surgeons. 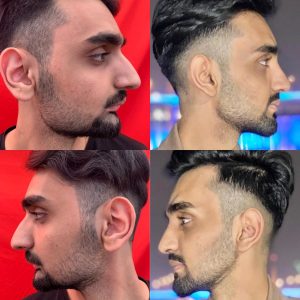 What Are the Common Upper Jaw Issues?

A very common problem is protruded upper teeth or commonly called buck teeth. Some people are genetically predisposed to an overbite. Their jaw shape is such that there is a difference between the upper and lower jaw size. Sometimes, the upper jaw is severely receded or protruded.

Sometimes, the back teeth do not touch the mouth when closed, leaving you with an open bite. And in some cases, your bottom teeth sit outside the upper teeth, leaving you with a crossbite when the mouth is closed. Some patients experience midfacial hyperplasia – a condition where growth in the middle portion of the face is reduced.

Similarly, some patients experience prognathism- a condition where the jaw protrudes, causing an overbite or underbite. If the upper jaw protrudes, it is called maxillary prognathism and is caused by various reasons. For instance, it could be caused when the body produces too much growth hormone that could enlarge the tissues. In some cases, it could be due to a rare genetic disorder called basal cell nevus syndrome. Acrodysostosis is another rare congenital condition that could affect bone growth.

In some instances, the upper and lower jaw protrude –this is called bimaxillary prognathism.

Upper jaw surgery is common in India and commonly done to treat a long/protruded upper jaw. Patients who cannot close their mouth completely and those exposing too many gums when smiling often undergo anterior maxillary osteotomy. The procedure involves shortening, reshaping, and realigning the upper jaw so that it is proportionate.

Maxillary osteotomy is also done to correct a receded upper jaw where the surgeon makes an incision in the gums above the teeth in the upper jaw. The upper jaw is cut or moved to its intended position and attached to a small plastic sheet to help align the upper jaw. The jaw is then fixed using titanium screws and metal plates. 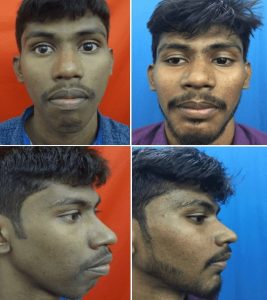 Upper jaw protrusion surgery in India is comparatively cheaper than in developed countries like the United States or the United Kingdom. At a fraction of the cost and without compromising or safety, hygiene, or expertise, patients can now undergo corrective jaw surgery and reposition their jaw.

But before choosing a surgeon, make sure you research well about the dentist and his/her practice history. Do a Google search to check their reputation – read online reviews to understand their positive and negative experiences. Cost is also an important factor. Unlike in the metro or major cities, the upper jaw protrusion cost in South India is comparatively cheaper.