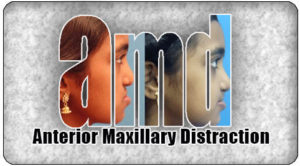 It had been a  whole entire day now that Roshni had locked herself in her room and refused to meet anyone. She was to attend a birthday party of a close the previous evening but refused to go. The reason was the sudden outbreak of a zit or a pimple on her face. Being a typical teenage girl it is normal to have worries about how one looks in public. One little pimple is all it takes. This is just a temporary problem that disappears in a couple of days, but imagine being born with a facial deformity such as a Cleft lip or palate. How many days will you hide?

Even after initial surgery for cleft lip and palate, the patients still require a number of procedures to look as normal as possible. One of the major problems or defects seen in such cases is the retruded or the underdevelopment of the upper jaw. For a normal, unaffected individual the upper jaw is placed forward to the lower jaw, however, in cases of cleft affected patients, the upper jaw doesn’t tend to grow thus causing it to be placed more backwards. Such patients tend to have more of a shy personality as well as poor confidence in the society.

One such patient reported to our hospital, she has previously been treated elsewhere for cleft lip and palate related surgeries. She was extremely shy and would not speak much. We found that she had her upper jaw placed backwards or retruded. We decided to do an anterior maxillary distraction procedure for her.

All the pre-surgical workup was done. We took a CBCT scan in our center and determined the amount of the distraction or forward movement of the maxilla would be needed. A prefabricated screw device was fitted in the patient’s mouth preoperatively, this device also known as the distractor is custom made for every patient undergoing this procedure. The procedure was done under general anaesthesia, the upper jaw was cute or osteotomized mobilized and suspended by the screw device. The procedure took around 1 hour after which the patient was shifted to recovery. After a resting period of 5 days, the device was activated by giving turns on the screw using a customized key. These turns caused the cut and mobilized segments of the upper jaw to move away from each other, this was done for another few days, till the desired amount of movement and position of the upper jaw wasn’t achieved. This procedure doesn’t require any anaesthesia, as it is almost painless and performed in less than a minute, twice a day. The patient is very comfortable.  After the desired position has been achieved, the gap is filled with a material compatible with oral tissues and the patient is discharged only yo return after one month for follow up. The new bone takes around 4 weeks to form. Anterior maxillary distraction is a relatively simple procedure and a boon for patients with a retruded upper jaw. In just a week’s time, the whole profile is changed.

Here at Richardsons dental and craniofacial hospital, we commonly undertake this procedure and have got good results for the same. Cleft patients have a number of procedures that need to be performed before they fit into society’s standards of normalcy. Anterior maxillary distraction surgery is one of those.