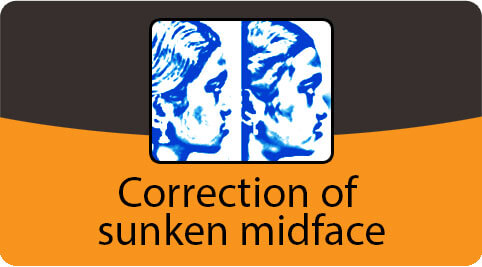 Anterior maxillary distraction is a relatively new technique for correction of a sunken midfacial/upper jaw appearance. Sometimes, patients who are treated for cleft lip and palate report back to us after the age of 6-7 years until 50 years complaining that their upper jaw looks backwardly placed and gives them a more aged look.

Most of such patients require surgical correction of this problem. Although a few surgical options exist, here at Richardsons Dental and Craniofacial center Dr. Sunil Richardson frequently performs a procedure known as the Anterior maxillary distraction which is a safer procedure, with less operative time, stable results with no age boundation. He also has the highest series of patients treated by this method published in international journals.

Here is an example of a young girl aged 12yrs hailing from Trivandrum who came to us with a similar problem. This procedure requires fabrication of a screw-based intraoral appliance which was fabricated after appropriate radiographs were taken. It was then fixed to her upper jaw.

The next day morning she was wheeled into the Operation Theatre. Surgery was performed by Dr.Sunil Richardson and assisted by surgical fellows, Dr.Shreya Krishna, and Dr.Avi Bansal. The whole procedure took under an hour. After the surgery, the screw was activated(turned) starting from the third day after surgery. With each turn of the screw, the upper jaw would move by as many millimeters as is the measure of each turn. In a week’s time, our patient’s appearance has improved greatly. She would be followed up initially once in a week, then once in two weeks and then once a month up till three months to monitor the bone formation which forms as a result of the jaw advancement.