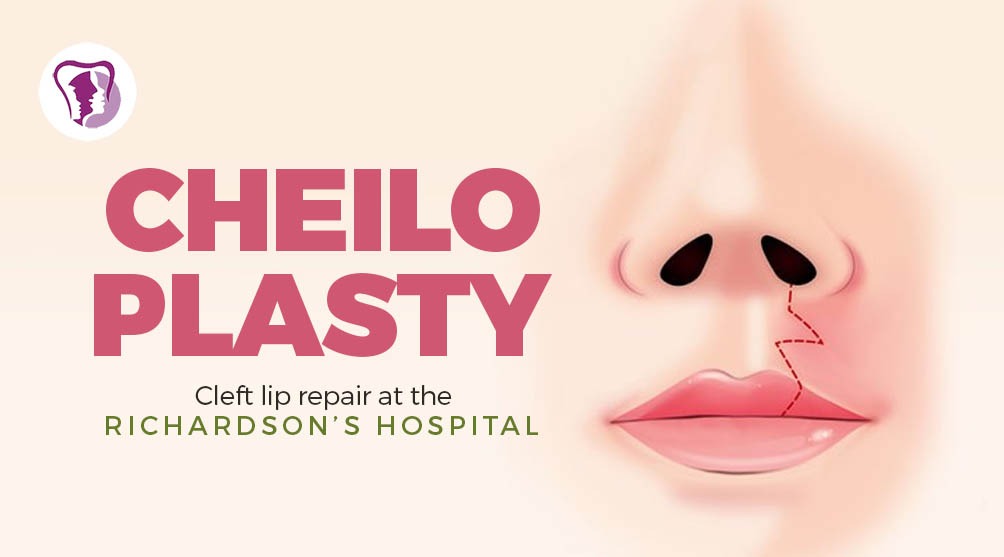 The degree of separation varies depends on the severity of the condition. Clefts can be repaired through plastic surgery techniques to provide significant improvement in the quality of life as well as to restore normal appearance and function. It is important that the cleft surgery is done by a trained cleft and craniofacial team as the lip repair has an important effect on the future growth of the upper jaw. Scarring post repair can also cause functional and esthetic issues. The cleft lip surgery is done under general anesthesia. It is preferred that the infant reached a desired healthy weight of at least 5kg.

How Do We Help?

At the Richardson hospital, a 3-month infant was brought for treatment of a wide cleft lip defect.  The parents were worried about the surgery if the infant would be able to to take feeds, speak or appear normally in the future, how could a newborn undergo a general anesthesia procedure, etc. It was even told to them back in their hometown that the baby’s surgery may be risky.  All their doubts were clarified, a consultation was sought with the pediatrician before the surgery. A pediatric anesthetist was a part of the qualified cleft craniofacial team.

The baby was taken up for cheiloplasty procedure. The repair of the abnormally placed muscles of the mouth, lip, base of the nose was done in a matter of half an hour, giving the baby a full lip that too with hardly a scar visible! The Richardsons dental and craniofacial hospital is a premier center for repair of cleft and craniofacial defects. Changing lives, making cleft children live life like non-cleft individuals!