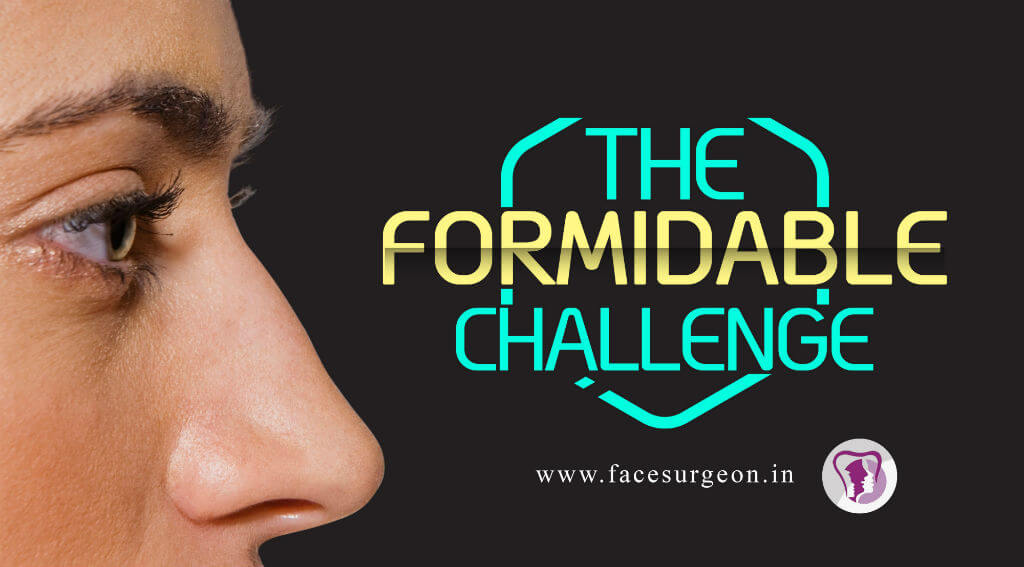 The causes are mainly a combination of intrinsic and extrinsic factors such as mesenchymal migration and mechanical stresses. A cleft lip is a formed by failure in the fusion of the medial and lateral nasal prominences with the maxillary prominence during intrauterine development. Studies have shown that the medial nasal process remains underdeveloped and fails to fuse with the maxillary process in cleft patients. As embryogenesis continues, the unopposed forces, created by the development of the irregular orbicularis muscle further define the abnormal clinical features of the cleft nose.

The aim to perform primary rhinoplasty in both the unilateral and bilateral deformity is to provide better contour, symmetry, and projection of the nasal tip by releasing, undermining, and repositioning tissues and cartilaginous structures. This is performed along with the cleft lip repair to restore the nasal shape and enabling asymmetric nasal growth.

Intermediate rhinoplasty is performed at the pre-school age to achieve a better symmetrical nasal tip and to correct the nasal valve obstruction. Although it is not indicated for every patient. The major goal of surgery is to correct the abnormal position of the cleft-side cartilage so that the nasal growth will not exacerbate the cleft nasal deformity.

Secondary rhinoplasty is done after complete nasal growth. At the age of 14-16 mostly surgeons go for open approach with cartilage grafts for better supporting of the nose along with improved tip definition. The deformed cleft nose is complicated by the effects of anatomic growth and surgical scarring. The goal of cleft rhinoplasty surgeries performed during multiple stages of the patient’s life are to restore symmetry and reposition the nasal structures.