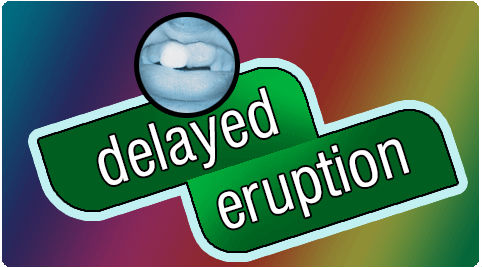 With an increased degree of anticipation, new parents closely observe the tiny buds that indicate the arrival of the first set of baby teeth. When the first tooth doesn’t show up even after 6-9 months of age, they start worrying about it. In most of the infants the delay isn’t something to worry about. But in few cases, we can fix the obstruction and the underlying issues only through a “Delayed eruption treatment”.

When is the Right Time for these First Sets of Teeth to Appear?

Usually, babies are born with most of their teeth internally developed within their gums. The two lower front teeth are the first set of teeth that appear at six months of age. This is followed by the four upper front teeth and then another two lower front teeth. The rest of the teeth generally appears two at a time – one on each side of the mouth, i.e., upper and lower jaw. Generally, by three years of age, all children are expected to have a complete set of 20 primary teeth.

When Does Delay Becomes Abnormal?

According to the American Academy of Pediatrics, children with no sign of teeth at 18 months should be taken to a dentist. The average age range for the first baby teeth to appear is between four and fifteen months. The other teeth then follow in a regular schedule, as we’ve analyzed earlier.

Permanent teeth begin to show up when a child clocks six years of age. You shouldn’t necessarily be much concerned with teeth that do not follow the analyzed pattern. But children with no teeth eruption at all can signal the onset of more advanced problems.

Whenever a child’s tooth eruption falls out of the regular schedule, it could be a result of several factors. Family traits, nutritional deficiencies, vitamin-D resistant rickets, and Down syndrome are a few to mention.

According to a research evidence sighted in “The American Journal of Orthodontics and Dentofacial Orthopedics”, some genetic deformities could be responsible for poorly formed teeth and delayed tooth eruption. In fact, low birth weight and preemie babies may also experience a delay in tooth eruption.

If you observe a display of an endlessly gummy smile in your baby, you can enjoy it for a while before questioning the potential delay in tooth eruption. However, if your child shows a tooth-free gum outside the regular tooth eruption schedule, setting up a dental visit with a trusted provider like Richardson Dental and Craniofacial Hospital in India is a perfect decision.