HomeBlogCosmeticEverything You Wanted to Learn About Double Chin Surgery in India

Everything You Wanted to Learn About Double Chin Surgery in India 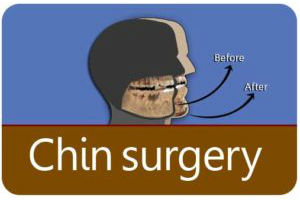 Everything You Wanted to Learn About Double Chin Surgery in India

Would you like a chiselled face with sharp jawlines and enhanced features? Double chin surgery can help remove fat and saggy skin from under the chin and neck. If you are planning to get double chin surgery in India, here are a few things you must know:

What Is the Best Procedure for Treating a Double Chin?

Double chin or submental fat refers to a layer of fat accumulated between the face and neck. It could be because of weight gain, genetics, or old age. Several invasive and non-invasive treatments are available for double chin, ranging from mesotherapy and liposuction to lipolysis. Some of the options available for you if you’re looking for double chin surgery in India include:

Unlike liposuction, where fat is suctioned out from an area, liposculpture is a more advanced treatment. It involves reshaping the chin for a desirable appearance by removing or repositioning fat around the neck. It is mainly used on overweight people who have lost excess weight or those born with a double chin. But remember, liposculpture is not an option for people with loose skin due to aging.

Submentoplasty involves a surgeon making small incisions in fatty areas and using liposuction to remove fat while tightening the skin and muscles.

Kybella or Mesotherapy is one of the most popular ways to get rid of a double chin. The procedure involves injecting a medication containing fat-dissolving chemicals into the chin/neck area. The chemical, deoxycholic acid, also known as Kybella, is injected at least 20 times during a single therapy. The deoxycholic acid destroys fat cells and makes it impossible to store new cells in that area, so it is a popular choice as there is no relapse of the fat deposition in that area.

Even non-invasive treatments are expensive and come to approximately Rs.20,000. A double chin surgery in India can cost around Rs.1,00,000. However, make sure you work with the best surgeon for double chin removal.

Can Double Chin Be Removed Permanently?

The surgical process of removing a double chin, especially mesotherapy, is an acceptable way to remove a double chin permanently. However, these invasive procedures can be successful depending on a few factors, like the skin’s elasticity, age, etc. It also depends on whether you’re likely to gain weight after the procedure.

For a minimally invasive procedure that is carried out for less than an hour, double chin surgery effects can last for more than a year, depending on the candidate’s age, skin elasticity, and weight.

Visit us for the most advanced double chin surgery treatment in India. At the Richardson Hospital, Nagercoil, we use state-of-the-art facilities and the latest diagnostic tests to ensure the best possible outcome.