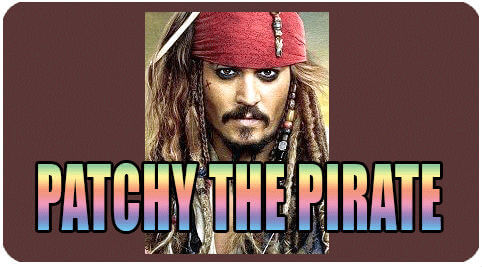 Nothing adds to the mystery of a character more than an eye patch. So many Hollywood movies show the villain with an eye patch. Viewers like you and me forever remain in the mystery of what lies under that patch. Is there an eye or not? Has the eye been destroyed? Does the eye work? Remember Patchy the pirate from SpongeBob series.  It has always been a big mystery to me, about what lies beneath that patch. Pirates of the Caribbean are another example of the patch mystery. 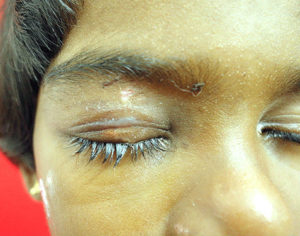 A 4-year-old female patient was rushed into our center a few days back.

The parents had covered her eye with a cloth. She was brought in on an emergency basis. The parents gave a history of the fall a couple of hours ago. The child had climbed up a mango tree and was plucking mangoes when she fell. We removed the piece of cloth from over her eye. It revealed a tear of the upper eyelid. It was a through and through cut. The child had no visual disturbances, but there was swelling. 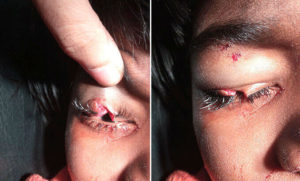 We decided to operate upon the child as fast as possible and got her pre-surgical workup done. After getting pediatric & Anaesthetic fitness, the child was posted for surgery. The procedure took around 45 minutes after which the child remained in our care for 2 days. We did fine suturing of the lacerated eyelid from outside as well as inside. Careful reapproximation of the torn eyelid was done with eyelid surgery.

It is very important to address any injury to the eye region as quickly as possible. In younger children, the decision must be taken promptly to avoid any future damage to the eyes.

We at Richardsons Dental and Craniofacial Hospital, routinely undertake such surgeries for eye trauma and related repair procedures. We believe that the delicate eye region must be handled with precision and care skillfully and promptly.