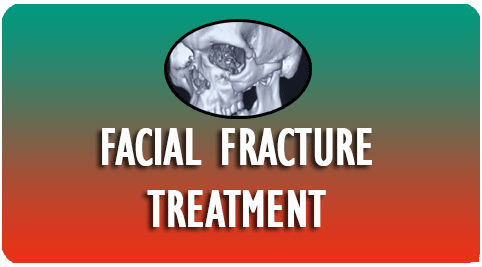 What caused this grotesque injury?

This young man sustained multiple facial injuries and fractures due to a Road Traffic Accident who required facial fracture treatment . Even though it’s mandatory to wear helmets in this part of India, a lot of people don’t wear them and he was one of them!

What were the findings?

The patient was not comatose but a CT scan was taken to rule out associates head injury. He had subconjunctival ecchymosis, large laceration in the eyebrow region and bleeding through his nose. Consultant Neurosurgeon advised conservative treatment for his head injury and the ophthalmologist gave a 6/6 for his vision. He didn’t have diplopia but could go on to develop enophthalmos if the orbital floor fracture would not be repaired. His lateral orbit was fractured at the frontozygomatic region, the infraorbital region was fractured along with the floor ( which was communicating to the sinus, you can appreciate that part in the video.) and also the zygomatic buttress region.

What was done in facial fracture treatment?

Dr. Sunil Richardson and his team decided to repair the laceration by plastic surgery and fix the fractures of the orbit. Under General anesthesia, a lower blepharoplasty Incision was used to approach the infraorbital rim fracture and the floor defect. Also, the blepharoplasty incision was extended and used to approach the lateral orbital rim fracture. An Intraoral vestibular incision was used to approach the zygomatic buttress fracture. A large piece of bone was retrieved from the sinus and placed back wherein belonged in the first place, the orbital floor. Once the fractures were reduced, they were fixed with 1.5mm titanium plates and 6 mm screws. One two-hole plate each was used in all the three different sites mentioned above. Layered suturing was done. Muscle, mucosa and subcuticular suturing were done with 4.0 vicryl and skin were closed with 6.0 proline.

Would there be any residual defect or Deformity after facial fracture treatment?

We don’t expect any residual defect from the surgery. Even the scar from the incision would be well hidden and not conspicuous. However, since some part of the upper eyebrow was lost in the accident, a small area might remain where the density of the hair is not adequate. It, however, can be corrected with a secondary procedure of eyebrow hair Transplantation.

Has an accident wrecked your face?
Or do you just want to look prettier…
Whatever the reason
Whenever the season
We’ll be the reason
You’ll get that face
That would launch a thousand ships!!