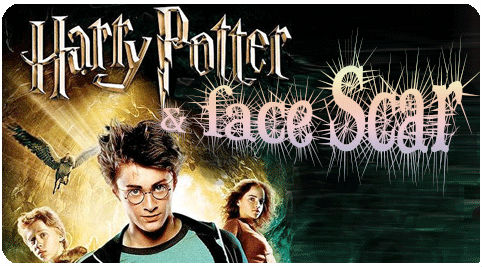 “Yes. That ain’t no ordinary cut on your forehead, Harry. A mark like that only comes from being touched by a curse, and an evil curse at that”.  Get rid of the scar and a better more pleasing look by facial scar removal surgery.

Harry Potter’s lightning bolt scar on his forehead is something no Potter fan can forget. It is a sign of the Dark Lords failed attempt at Killing Harry Potter or rather is Potter’s mark of survival against the evil. We know how the scar would hurt him every time  Voldemort was close by. However, Harry Potter mastered the art of survival with the presence of a painful scar.

And the scar becomes a sign of his bravery and courage after defeating Voldemort. I think Harry Potter and his multiple scars looked rather beautiful and many children at that time got these fake lightning bolt tattoos done to mimic Harry’s. But what is it like for a layman to live with such scars ? Especially on the facial region?

Raman visited our center a few days ago with a similar problem.  He had suffered from a road traffic accident as a child and was left with a nasty facial scar since then. He met our chief surgeon at Richardsons Dental and Craniofacial Hospital and discussed his problem.

The initial pre-surgical workup was done and Raman was cleared for surgery. The surgery was done under local anesthesia and he was admitted in our care only for a few hours post surgery. The surgery took around 45 minutes. We surgically excised the scar tissue and the area was sutured using fine suture material. The postoperative instructions were given and Raman was recalled after a few days for a checkup. The patient was very happy with the results and thanked us for helping him get rid of the scars he has lived with until now.

It is difficult for us to comment on our society’s idea of beauty  But we believe that if the presence of a facial scar is making you feel out of place, we will help you get rid of it in such a way that no one will be able to tell if there was a scar there in the first place!!