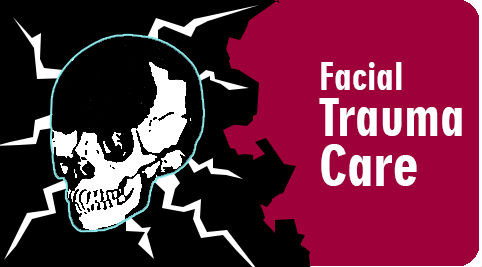 Approximately  3000 people are killed every day in accidents with around 30,000 others injured or disabled thus over  1.2 million people are killed and 50 million injured each year. The epidemiology of facial injuries varies in injury type, severity and depending upon the population studied. Recent studies from India and from across the have shown that road traffic accidents are still the primary causes of facial trauma.

Any injury that extends from the forehead region to the lower jaw including the bones & the soft tissue is known as orofacial trauma injuries. Assault, falls,  trauma and sports injury are to be the most common causes of such injuries.

Suresh reported to our hospital after a road traffic accident, he was stabilized at a primary care centre and sent to Richardson hospital for further treatment. Our team of doctors checked and examined him, he had multiple injuries on his forehead, cheeks, lips and jaws and had limited mouth opening. We took a CBCT  scan that is a newer form of x-ray scanning which covers the entire facial skeleton thus giving us a 3d view of the facial bones.

This modality is commonly used at Richardson hospital. The scan revealed that he has multiple fractures in his midfacial region. A thorough pre-surgical workup was done and the patient was posted for surgery in which we fixed his fractures with miniplates & Screws, occlusion was fixed.  An arch bar was fixed for the fracture involving his dental arch. He had postoperative pain which was controlled by medications. He started a  soft diet on the very next day post surgery. The pain was effectively controlled with medications. Strict maintenance of oral hygiene.

These type of orofacial trauma cases are common to our centre and are treated by our team of Maxillofacial surgeons, Dental specialists, anesthesiologists, Ent specialists and our team of nursing staff. The duration of such surgeries lasts around 1.5 to 2 hours and the patients return to normal functioning from almost the very next day.