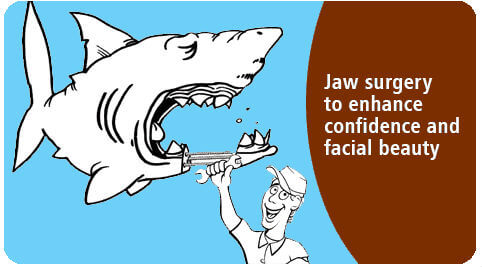 Orthognathic surgery is a facial plastic and maxillofacial surgical procedure done to correct the various discrepancies that occur in the alignment of jaws. Normally the upper and lower jaws are arranged such that the upper jaw is forwardly placed than the lower jaw. But in patients with problems such as cleft palate, there will be a restricted growth of the upper jaw.

A patient named Sarada ( original name changed ) aged 24yrs /female came to our hospital (Richardson’s dental & craniofacial hospital) with the complaint of abnormal appearance in her midface and sunken appearance. She was a cleft palate patient and thereby had reduced growth in the upper jaw leading to her present appearance. She was treated by a procedure known as Lefort I osteotomy with the advancement of the upper jaw. The postoperative results show the improved appearance of the patient compared to her pre-operative appearance.

All types of jaw surgeries for functional, cosmetic and reconstructive purposes are regularly performed by Dr Sunil Richardson and his team at Richardsons Dental and Craniofacial Hospital, India. The availability of latest investigations ..modalities like cone beam CT scan and the team with orthodontist makes this an ideal place for patients to seek complicated orthognathic surgeries.