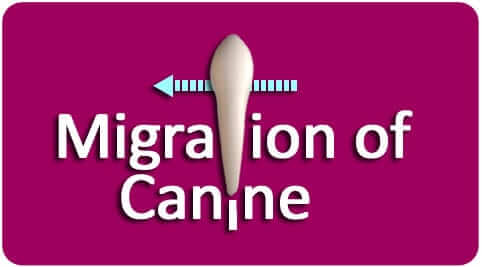 Migrated canine : A young boy of 21 came to the OPD of Richardsons Dental and Craniofacial Hospital with the complaint that for the past two weeks he was having pain and mild swelling in the front portion of the lower jaw. Such episodes had occurred before as well at intervals of 4-5 months. Dr.Sunil Richardson did a thorough examination of his mouth and the only peculiar thing found was that he still had his milk tooth in place of his left side permanent canine which was nowhere in the dental arch. It was suspected that his permanent canine was impacted by his jaws. An orthopantomogram was ordered for the patient. The X-ray revealed that he had in fact a ‘transmigrated canine’ which means that the canine of the left side had migrated beyond the midline of the lower jaw towards the right side hence had not erupted into the oral cavity. This was the cause of the pain and swelling. A dentoalveolar surgery was planned to remove the canine from the jaw by the team of dentoalveolar surgeons- Dr.Sunil Richardson assisted by Dr.Shreya Krishna.

The procedure was performed under local anesthesia and was completed in half an hour. There was no external scar. The healing was complete in a week and the patient has been asymptomatic ever since.