Nasal Deformity as a result of premature Birth 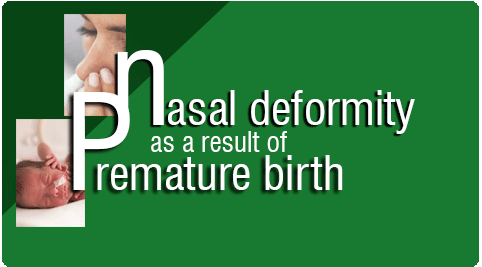 Nasal Deformity as a result of premature Birth

Be Careful what you wish for!

How would you feel if you were born with something irregular? It could be anything, your face, your hands or just a tiny part of your nose. Even a small dent in this beautiful God-given face of ours causes us so much discomfort and displeasure. The irregular and unaesthetic appearance of the nose was corrected by nose deformity surgery.

Let’s see about one such patient who came to us with a nasal deformity.

An unusual patient with an unusual complaint came at Richardson’s Hospital. An 11-year-old girl complained of an irregularly looking nose since birth.  According to the patient, the unaesthetic nose was particularly base of the nose. On a cursory look, there seemed to be nothing wrong.

What was the Problem????

On examination, the structure at the base of the nose that was deformed was columella, a band of skin between the tip of the nose to the skin above the upper lip. On taking a full history, the patient revealed that she was a prematurely born child, born at 6 and a half months. Post-birth, She was put on airway support, called as CPAP (continuous positive airway pressure ) for 26 weeks. There was a deformation of the columella, due to the excessive use of Airway support at birth. It is a type of Pressure related injury which causes severe deformation and scarring of this part of the nose. She had already been once operated for the same complaint elsewhere in 2014.

Dr. Sunil Richardson and his team specialize in such corrective surgeries of the nose. Such surgeries of the nose are also called Rhinoplasty. Even though this was a rare presentation, such injuries could go undiagnosed at an early age. Surgical Correction was planned for this patient.

There are various surgical methods that involve harvesting skin tissue from other parts of the face and reconstructing the defect. However, they lead to scarring in the area od donor site. The method we used involved taking the same tissue and rearranging to create e new base for the nose. thus, the patient did not suffer from any other site scarring or morbidity.

Such acquired nasal deformity at birth should be looked for to seek appropriate consultation from Face surgeons. These Defects could lead to psychological trauma to the growing child.

After all, A smile is the happiness you will find right under your nose!!!!