HomeBlogNose surgeryPaediatric Rhinoplasty: Is It the Right Time for A Nose Job?

Paediatric Rhinoplasty: Is It the Right Time for A Nose Job? 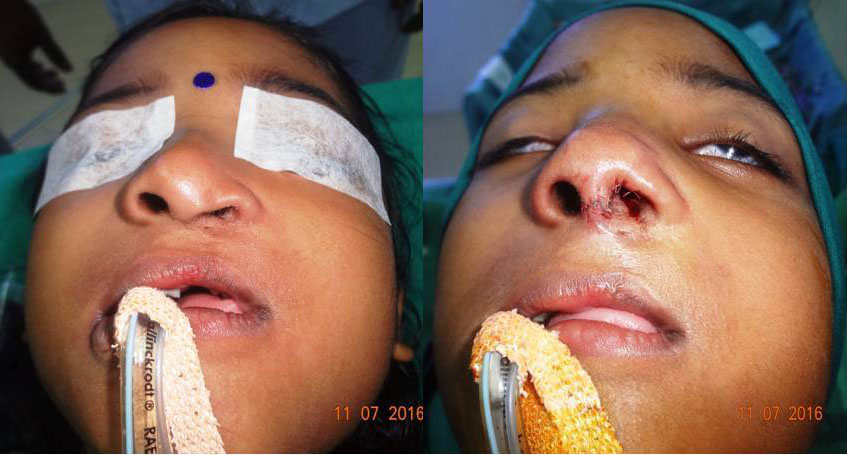 Paediatric Rhinoplasty: Is It the Right Time for A Nose Job?

There are numerous reasons for the asymmetric appearance of your nose. Some of it could be hereditary, the rest could be the result of an injury or a previous surgery has gone wrong. The appearance of the nose could have also been altered because of some drugs consumed when the child was still in the mother’s womb and had been receiving all the nutrition through the placenta, and if that is the case then getting paediatric rhinoplasty becomes essential because there might be a high possibility of asymmetry inside the nose as well which could very well lead to breathing problems caused by blockage of air passages. 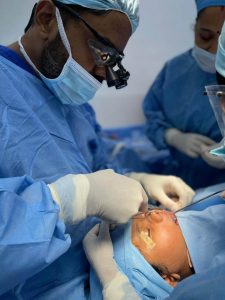 Paediatric rhinoplasty surgery in India and anywhere else around the world is a challenging process especially when your patient is a tiny human who could not really tell what is bothering him. The surgeons must be extra cautious in case of babies as there is no way for them to convey their discomfort. Paediatric surgeons in India are specially trained in the surgical care of newborns to young adults in examining and treating them with the utmost care to make them cooperative and feel relaxed during the whole process. Even the surgical instruments used during a paediatric surgery are different from that of a general.

Paediatric rhinoplasty treatment in India is different on some levels from the one conducted abroad. Here, the surgeons, nurses, and the medical staff are very much used to dealing with paediatric surgeries as compared to the medical staff in the rest of the world. The paediatric surgeons in India use the least intrusive method to ensure optimum results with minimum recovery time, discomfort, and facial trauma, as opposed to the surgeons in the west who prefer going for open surgical techniques.

As with all the other facial surgeries, Paediatric Rhinoplasty has also been a part of the constant debate as to whether it is the right time, and if yes, then how the procedure should be carried out for it is one of the possibly most complex facial surgeries out there. It needs a skilled surgeon to perform rhinoplasty and even then, the chances of it being unsuccessful are high. 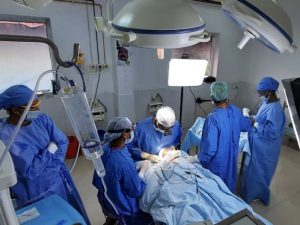 That is not to say that there has not been an almost 100% success rate in the same. Dr. Sunil Richardson is one of the best paediatric rhinoplasty surgeons in India. He along with his equally proficient team of surgeons have been in this field for a long time and has shown phenomenal results in the same.

The paediatric rhinoplasty surgery cost in India is determined on a number of factors such as whether it is a private or a government hospital, is it a simple or complex surgery, the cost of implants, the doctor’s fee, and other various elements. The cost could be as low as INR 30,000 and could go as high as INR 4,00,000 and more.

Paediatric Rhinoplasty is as safe as it could be, but there have been more reports for revision on the surgeries done on children as compared to adults. Having said that, Paediatric rhinoplasty in many if not all cases is simply a must, for, without it, the child’s anatomical and functional parts might not work well. There is absolutely no surgery that promises you the definite results so choosing the right surgeon is the way to go.