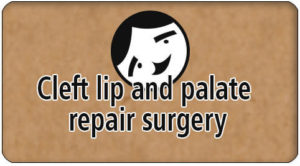 A couple recently reported to our center to seek treatment for their little son. The child must be around 2 years of age and was a case of cleft lip & palate. We were shocked and surprised as to why the treatment had been delayed for such a long time. We asked the parents, they said that they had been advised by a local healer in their village that their son doesn’t need surgery for cleft lip and it will heal with some medicines itself. The parents driven by sheer lack of ignorance did not get the child treated. However, they soon realized that the so-called treatment wasn’t working and hence the child need cleft lip palate repair surgery. 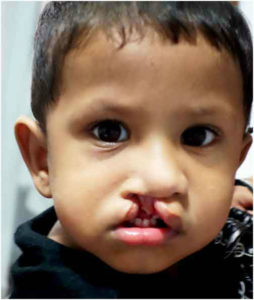 When to start your child’s cleft lip palate repair surgery?

Many cases in rural India remain untreated due to the lack of knowledge and awareness. Cleft lip and palate repair have to be undertaken in the first year of life itself so that the child has better development for form as well as function. Dr. Sunil Richardson spoke to the parents and explained to them about the consequences of not treating the child soon. The parents wanted only the best for their child and thus surgery was planned. The pre-surgical workup was done and the child was posted for surgery. The surgery took around 2 hours and the patient remained in our care for another 3-4 days.

Patients with cleft lip & palate repair need to be treated in the first few months after the birth itself. The muscles of the lips and palate start to mold and adapt in the newer fashion at a younger age, giving better results in term of form & function as well.

Public enlightenment & awareness towards children with Cleft lip & palate deformity is needed. Adequate knowledge and awareness of cleft lip and palate deformity may help to counter the negative beliefs and attitudes toward the condition. The development of a positive attitude towards these children is the only way to abolish this social stigma and thus making these children as much a part of our society as other normal children are.