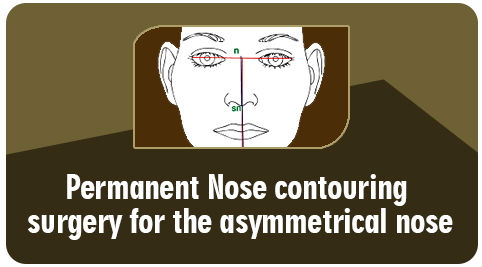 Symmetry is also a key in facial esthetics and when there is a deformed or crooked or bent nose right in the middle of the face, that symmetry is lost.

The good news is that such asymmetric noses can now be easily and permanently fixed at Richardsons Craniofacial Hospital, India. The team here headed by Dr. Sunil Richardson has literally done hundreds and hundreds of such corrective surgeries for over the last decade. The surgery is mainly done through the nostril openings and so the scar is never an issue. Such a defect also causes a great deal of loss of self-esteem for these patients. Even though it would be classified under cosmetic surgery, Dr. Richardson has kept the pricing of these types of rhinoplasty low so that most patients could get the nose that really fits their face and enhances not just the facial beauty but also their self-confidence.