HomeBlogMaxilofacialReply to Samhita Saha for her review on Google

Reply to Samhita Saha for her review on Google

Reply to Samhita Saha for her review on Google

We present to you a case from our archives. A patient named Ms. Sambita Saha visited our hospital on 29/3/21. She complained of forwardly placed upper and lower teeth. Upon clinical examination deep nasolabial grooving, mid-face deficiency and forwardly placed upper and lower teeth were noted. Evaluation of the patient and CBCT scans were clearly suggestive of bimaxillary protrusion. In other words, her jaw growth was retarded and the teeth were forwardly placed to compensate for the bony deficit. It happened to be a challenging case wherein, the maxilla had to be moved ahead in totality with specific attention to the upper anterior teeth. Her lower teeth also required a movement subsequently. A thorough work-up in the form of pre-operative models was done. Her surgery was performed on the 30th of March. Surgically, a Le Fort I advancement of 6 mm along with an Anterior Maxillary Osteotomy (AMO) was performed. AMO helped in tipping the upper anterior inwards to correct the previous flaring. Subsequently, a Sub Apical Alveolar Osteotomy was done with a net inward movement of 3mm to achieve the desired overjet. The surgery lasted for 3hrs and 5mins and no intraoperative complication was noted. She had a stay of 7 days at the hospital. Routine post-operative medications and timely monitoring ensured an uneventful recovery. She was started on soft solids, oral hygiene was being maintained and minimal post-operative swelling was noted. Her dressing was removed on Day 5. There was a marked change in her appearance with facial hollowing gone. She desired further dental treatment for which we were happy to refer her to an acquaintance at her native place. Her post-operative scans revealed no abnormalities. Post a thorough intraoral check-up, she got discharged on 6/4/21. The patient genuinely seemed content with the results. She volunteered to speak about her stay and recovery on camera.

It’s been a little over 2 months that she has sent across her pictures. The post-operative healing seems satisfactory with balanced facial proportions. Overall, a noticeable improvement could be appreciated. However, her feedback is disappointing, to say the least. She has publicly put across her dissatisfaction while her results seem apt. The complete change of mind was unforeseen and seem invalid.

Her surgical coverage has been included hereby:

Her follow up pictures of 2 months reveal a desirable transition with no interim complications: 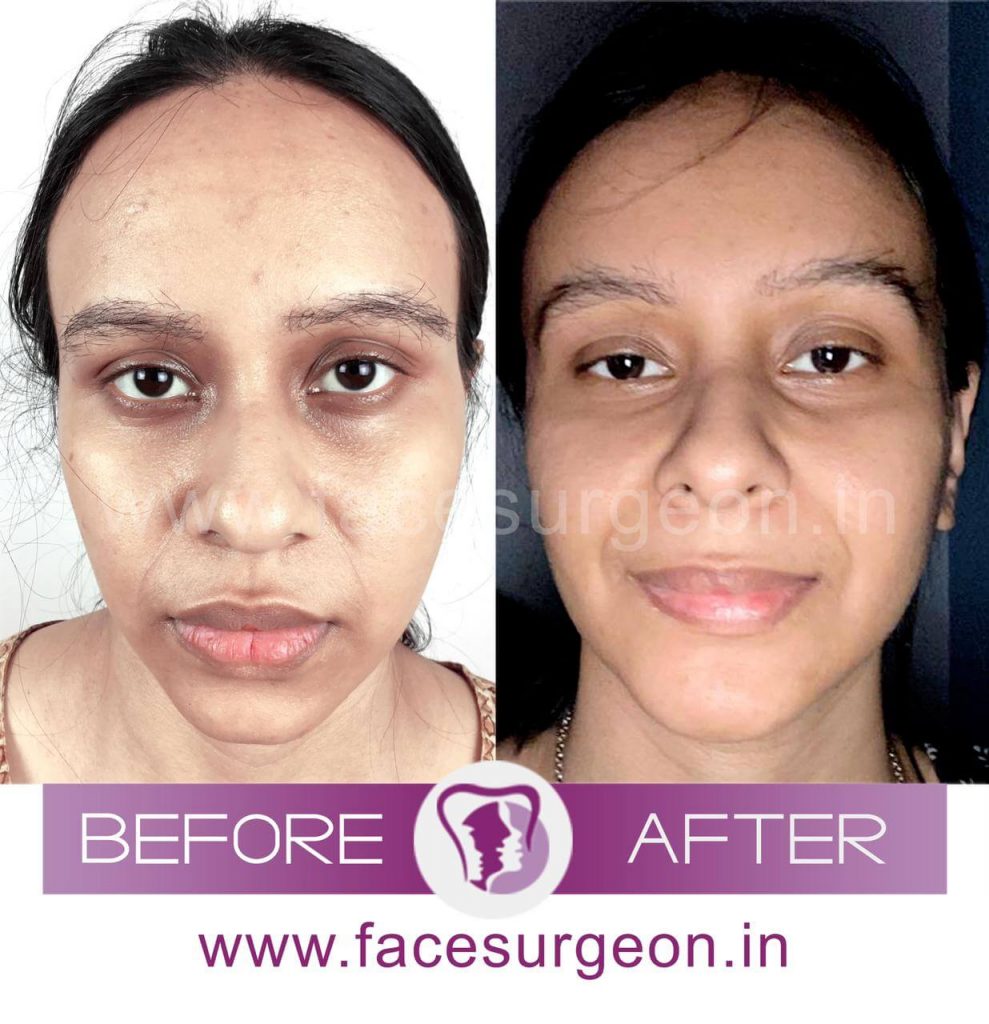 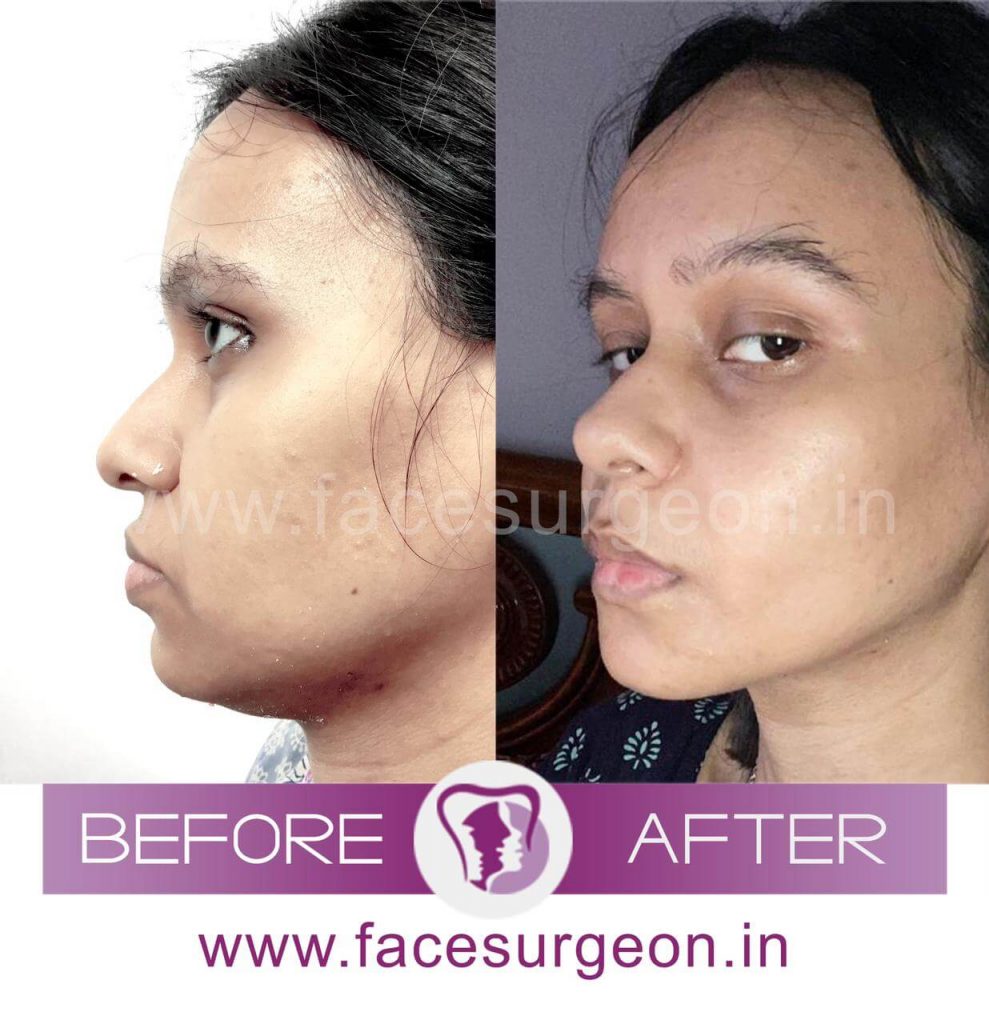