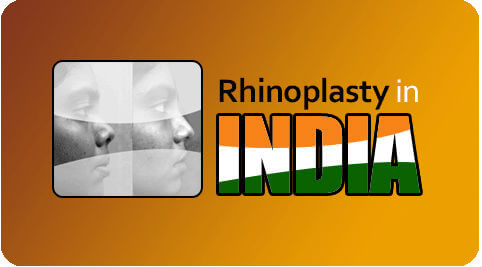 Shape and symmetry of nose is a concern for most of the individuals. The perfect nose helps create a beautiful symmetry to the face. Rhinoplasty is a surgery for the patients aspiring to a perfect nose. The deformities or asymmetries that occur in the nose can occur due to many reasons. Trauma to the nasal structures is one of such reasons. The various corrections that can be done through rhinoplasty are Altering or reshaping the nasal bridge (removing the bump), Reducing the overall width of the nose, enlarging or reducing the overall shape of the nose, nasal tip reshaping, Reduction of the nostril size, Correcting the angle between the nose and the lip. The prototypes for various races should be kept in mind while doing an ethnic rhinoplasty for a better cosmetic outcome. The shape of the nose in the Asian population and their perception of a beautiful nose significantly vary from that of the features of a western one. These factors should be taken into consideration while doing an Asian rhinoplasty. The patient needs to have an understanding of the surgical procedure he/ she is undergoing and should discuss with the operating facial cosmetic surgeon about their expectations from surgery. A skillful & experienced surgeon can clarify their doubts and give the patients an image of the outlook they can achieve after the surgery. Also, any unrealistic expectations from the patient’s side can be cut down after a discussion with the surgeon. Patients should keep in mind that even small corrections can have tremendous changes in the outcome.

Functional Rhinoplasty On An Indian Patient

Rhinoplasty procedures also are functional apart from being cosmetic in nature. A patient with a deformed nose came to our hospital (Richardson’s dental & craniofacial hospital) with a complaint of a curved nose. On taking a detailed history patient revealed that there was accidental trauma to his nasal structures after sustaining an accidental fall from a bike. He could not realize the change in the shape due to excessive edema. Sometime later there was a resolution of edema and the curve was evident clearly. CT scan showed a clear deviation of his nasal septum with malunion of his nasal bones. He also had mild breathing difficulty.  He was operated for correcting the deviation of the nasal septum and also his nasal bones were refractured and arranged in normal position. There was a drastic change in his facial appearance post-surgery and his breathing difficulty was also relieved.

RICHARDSONS dental and Craniofacial Hospital, Nagercoilunder our chief surgeon Dr.Sunil Richardson is one of the best face hospitals in India, located just 68 kilometers from Thiruvananthapuram, the capital city of Kerala state.