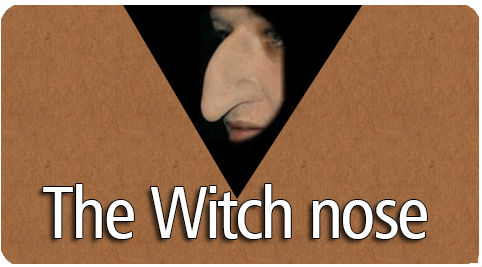 All of us have grown up reading fairy tales. Reading about the beautiful prince and princess & their perfect facial appearances, the nose, the jawline, the chin, etc. Somehow, all this became our standards of beauty. Every little girl or boy would want to have those facial features. However, along with these perfect little prince & princess, accompanying them was always the villain in the form of an ogre or maybe an ugly fairy godmother. These characters also had certain facial features that stood out and made them what they were. One of the most prominent features for at least the witches was their nose. We all know what a witches nose looks like and it isn’t one bit pretty.  Its a typically hooked and rather hawkish. Not a pretty sight to see at all. Now imagine being born with a nose that resembles something like that!. A septorhinoplasty is an operation to improve the appearance of nose and to improve how you breathe through your nose.

A patient called Nisha, recently reported to our hospital to seek treatment for her nose. Her nose had a droopy tip. After an initial examination, we decided to do a septorhinoplasty for Nisha. The pre-surgical examination was done and the patient was cleared for surgery. The tip was straightened and the overall shape of the nose was corrected. The nasal hump was removed and the nasal profile straightened. The surgery lasted around 2 hours after which the patient was shife in the postoperative recovery ward. The patient resumed a normal diet from the very next day and had minimal discomfort.

Here at Richardsons dental and craniofacial hospital rhinoplasty surgeries are routinely done. We believe that everyone should have that dream nose they have always wished for. The idea of beauty is different for different people, but whatever your idea of beauty, we will help you achieve