Surgery To Remove A Jaw Cyst 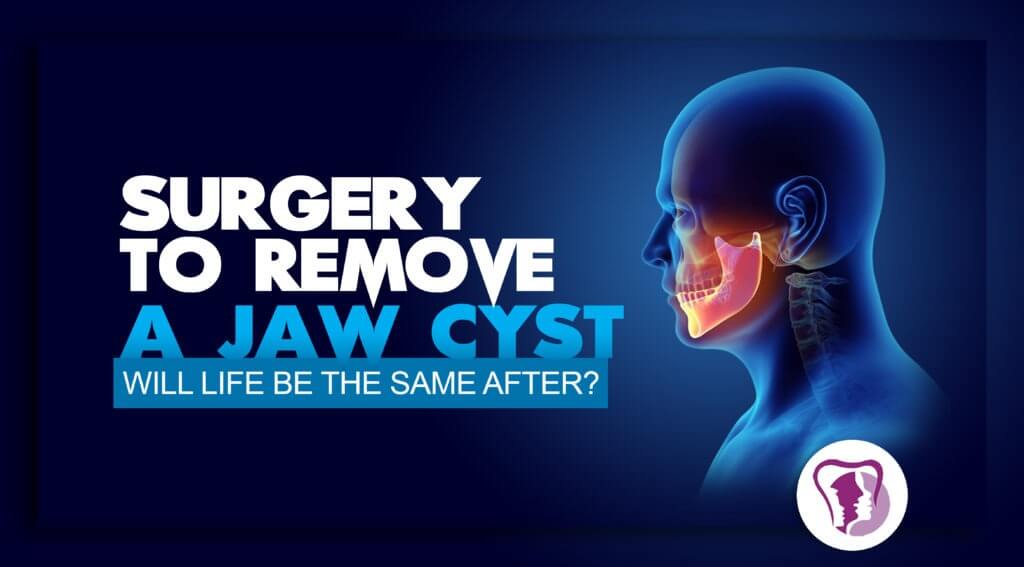 Surgery To Remove A Jaw Cyst

Jaw diseases (cysts and tumors) constitute a wide spectrum of conditions which cause swelling, pain, weakening, resorption of the jaw, loss of teeth, etc. These can occur due to various reasons such as genetics or associated with an impacted tooth. Depending on the size and nature of the jaw cyst treatment is planned by the maxillofacial surgeon. These surgeries can be either removal of the diseased part of the jaw or removal of only the cyst and its boundaries. Often patients are left with compromised function, esthetics, as a result of losing the jaw and this makes their life difficult. Imagine getting a jaw cyst surgery done and not being able to get back to smiling, talking or eating your favorite foods?!

At our center, reconstruction of the lost part of the jaw is done as we know the importance of its impact on the quality of life. Removal of the jaw disease is only half the surgery done if not reconstructed!

In such a case, a 48yr old female was diagnosed with a large benign lower jaw cyst on the left side. She had come a long way with a mind full of apprehensions and doubts as to what life would be after the surgery.

The patient underwent complete enucleation, curettage of the jaw lesion with its boundaries. Now the defect had to be refilled/ reconstructed. A small part of the patient’s own bone from the hip joint region was taken and grafted at the jaw site. She was sent home disease-free and with a graft in the site, taken from her own thigh bone, which would mature and strengthen the jaw in 1-2 months.

Wait! But how would she chew after jaw cyst treatment and eat without teeth?

Once the graft integrated, she was recalled after 4 months for dental implant treatment. Implants were placed into the integrated reconstructed bone, on which crowns would be placed, thus giving her a set of teeth in the left lower side region. She regained her jaw and teeth.

The patient couldn’t be happier as it was life back to normal, as if the disease had never occurred.

At the Richardsons dental and craniofacial Hospital, a comprehensive treatment is provided to all the patients giving them a chance to not just survive but live without compromise.