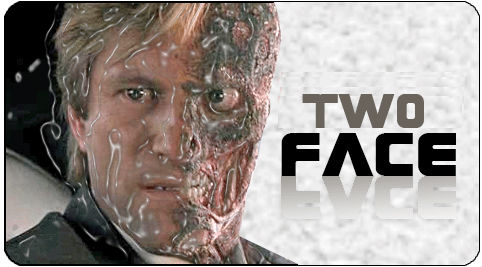 Let the title of this blog not mislead you.  We aren’t referring to Harvey Dent or going to talk about Batman nor do I intend to talk about dual personality or any psychological disorder. I am talking about a person living with one side of his face perfectly normal and the other slowly degenerating. This isn’t fiction or any other fictional character. We are talking about Parry Romberg’s syndrome. Let us explain the story about Reggie, who need asymmetric facial surgery.

Reggie came to Richardsons dental and craniofacial hospital to seek advice for her facial deformity. Her chief complaint was the presence of a flattened flatness on one half of her face. She gave a history of first noticing hyperpigmentation on half side of her face. She tried a variety of Ayurveda medicines given by local doctors. Lack of proper diagnosis led her to live more than half of her life with this deformity. However, Reggie was determined to have a cure for this. She wanted her forehead to be symmetrical on both sides.

Patients with Parry Romberg syndrome have half the face atrophied by the disease, otherwise known as hemifacial Atrophy. There is a linear scar extending to the midface from the affected area. It is often known as Coup de sabre or blows from a sword. It divides the face into two halves. It also causes slow degeneration of the skin, muscles, bone. In Reggie’s case, she had degeneration extending up to her bone due to which one side of her forehead was depressed.

After a pre-surgical workup, Dr Sunil Richardson planned to do a reconstructive surgery for her. Since the deformity is present on the face, the approach taken was a bicoronal approach. The advantages of this approach are that the scar is hidden in the hairline and thus no postoperative scar is visible. The forehead depression was reconstructed using a bone graft from the patients iliac ( Hipbone) region. We fixed the bone in place with a titanium mesh and screws. The procedure took approximately 1 hour. We prefer to use the bicoronal flap because the incision is hidden in the hairline and thus it provides with best esthetic results.

Postoperatively the patient had no complains, almost immediately the change in the symmetry could be appreciated. She was discharged from our care in three days and visited us after one week of asymmetric facial surgery. We believe that nobody should have to live like Harvey Dent, not even Harvey himself. Here at Richardsons dental and craniofacial Hospital, we would be happy to help him as well.