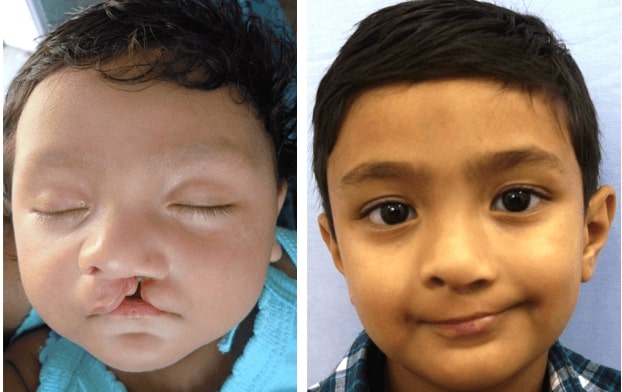 Unilateral cleft lip is a facial deformity that occurs when the mid line facial tissues around the lip and mouth are not joining together. Unilateral cleft lip surgery in India is an art of handling soft tissues and facial muscles with proper attention to reconstruct the normal appearance.

Identify the nature of cleft lip

There are multiple elements that need to be considered to achieve the desired result for the unilateral cleft repair surgery. The baby needs to be evaluated carefully before the surgery to identify the cleft is unilateral or bilateral. The extension of the cleft lip is also identified before the surgery as it may require multiple surgical sittings. Even though unilateral deformity is partial, the nature of the nasal involvement is also to be assessed. If there is a significant nasal imperfection, it is essential to conduct a primary nasal correction before the unilateral cleft lip and palate surgery. The child with extended clefts may need orthodontics and required a combined surgical procedure. If the palate is involved along with cleft lip, the surgical procedure becomes more complex. 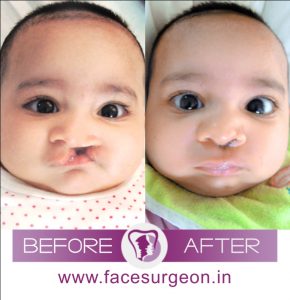 Skeletal symmetry is another important part of unilateral cleft lip surgery. To achieve a complete rectification of cleft lip deformity, the regularity of the skeletal base is crucial. Therefore, it’s essential to achieve a skeletal regularity at the very early stage of child development.

Millard’s Rotation Advancement Procedure: The rotational advancement technique developed by Millard is one of the most accepted surgical technique to treat unilateral cleft lip. In which the cleft is filled by the flap taken from the non-cleft side.

Triangular Flap Repair of Tennyson: It’s developed by Tennyson, in which the surgeon effectively transfers the tissue from the lateral lip element to the mid line on the cleft side.

Triple Wedge technique: The triple wedge technique is based on the triangular flaps. It helps to prevent secondary contraction as it avoids straight-line scar.