Best Hospital for a Cleft Nasal Deformity Repair in India 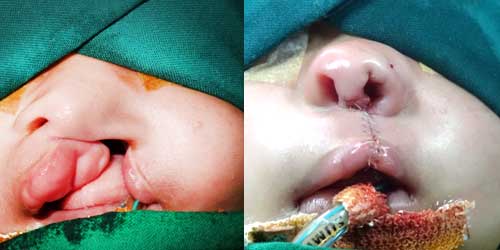 Best Hospital for a Cleft Nasal Deformity Repair in India

Cleft and nasal deformity is a genetic defect affecting children during the first few weeks of pregnancy. Various institutions and hospitals like Richardson’s Dental And Craniofacial Hospital specializing in cleft nasal deformity surgery in India.

What is cleft and nasal deformity?

Cleft and nasal deformity is a congenital disability in newborn children that creates a gap between the upper lip and the nose. This happens during the first few weeks after the child is born. Various plastic surgeries and procedures are available, and many doctors and surgeons practice cleft nasal deformity surgery in India.

There are two types of cleft and nasal deformities; unilateral and bilateral. In unilateral cleft nasal deformity, the aberrant orbicularis muscle insertion results in an imbalance further compounded by the maxillary skeletal hypoplasia.

In bilateral cleft nasal deformity, the columella is short or nearly absent due to decreased soft tissue and skin between the nasal tip and upper lip. The degree of columellar shortening is related to the extent of prolabial development, cephalic nasal tip rotation, and cleft severity.

Due to the aberrant muscular insertions, the lower lateral cartilages have an increased interdomal gap, resulting in reduced projection and tip definition. 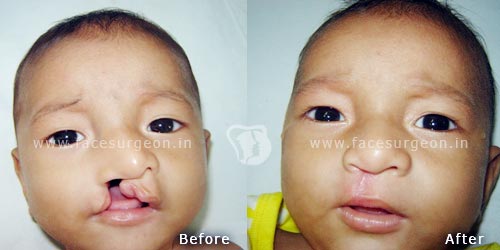 How many children are affected?

In India, around 30,000 people are affected every year. According to the World Health Organisation, Asia has the highest number of children with cleft and nasal deformity, and Africa has the lowest number.

What are the different types of cleft lip and cleft palate defects?

Below is a simple classification of cleft lip and cleft palate.

What are the root causes, and is there a cleft nasal deformity surgery in India?

Genetics, consanguineous marriages, and environmental factors are considered the major factors for cleft and nasal deformity. In the cleft lip and palate, genetics plays one of the most significant functions. Various genes are responsible for the same; some are TGFα(8), TGFβ3(14,15), and transcription factors like MSX1, IRF6, and TBX22.

The origin of cleft lip and palate is also considered to be Consanguineous Marriages. This applies to marriages that are made between close relatives. Such marriages should be avoided. Exposure to certain infections and viruses like measles during the early stages of pregnancy has also caused cleft lip and palate.

The mother’s health is one of the reasons for cleft formation. Smoking, drugs, alcohol consumption, and certain drugs are taken by the mother during the early pregnancy could cause cleft lips and palate. Among all the surgeons and hospitals, Richardson’s dental and craniofacial hospital, founded by Dr. Sunil Richardson, is considered one of the leading hospitals for this surgery.

Where can I do a cleft nasal deformity surgery in India?