HomeBlogCleft lip and palate surgeryThe Case of a Cheiloplasty Surgery

The Case of a Cheiloplasty Surgery 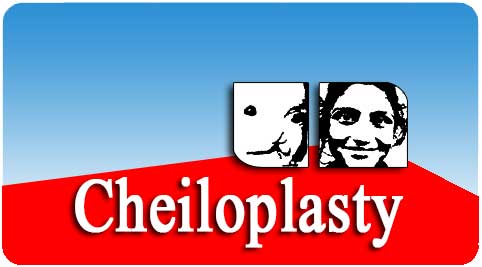 The Case of a Cheiloplasty Surgery

A cleft lip repair or cheiloplasty surgery is conducted to correct a cleft lip. A cleft lip is a defect a baby is born with, and it happens when the upper lip does not properly fuse together during the development of the fetus. A cleft lip resembles a small notch at the edge of the lip which can extend into the nose and gums. This deformity could affect either one side of the mouth, making it a unilateral cleft, or both sides of the mouth, which is known as a bilateral cleft.

A cheiloplasty surgery involves joining the sides of the lip together to close the space or opening in the lip. Once the surgery is done, it improves the structure, functioning, and appearance of the lip. Although cleft lip surgery is common, it is a major one that involves a lot of complications and requires a lot of experience and precision. Children born with a cleft lip mostly get their cheiloplasty surgery done when they are between three to six months of age.

How We Did a Cheiloplasty Surgery at Richardsons

A cleft lip and palate happen to be one of the most common facial anomalies that occur in children since their birth. A cleft of the lip can either involve only the lip, making it an incomplete cleft lip or extend till the nose, which is called a complete cleft lip. Apart from the aesthetic deformity, this can cause difficulty with suction and speaking.

Doing a baby cleft lip surgery in India or anywhere else in the world is a tricky procedure, which is why we at Richardsons devote all our precision while conducting a cheiloplasty surgery procedure. The cleft of the lip is an issue that should be addressed at a certain age, which is when the child weighs 5 kgs.

One such cheiloplasty surgery performed at our hospital was that of a patient named Santhra. She was a child of just 6 months when Dr. Sunil Richardson, who is the best cleft lip surgeon in India, operated on her. She weighed 6.7 kgs when she was brought to our hospital for the correction of her incomplete cleft lip. The necessary blood investigations were conducted and she was taken for her surgery on the same day. Throughout the procedure, which lasted for about half an hour, the baby was monitored by a pediatric anesthesiologist. The recovery process was extremely smooth and the baby was able to take in her mother’s feeding merely an hour after her surgery. The cheiloplasty treatment before and after photos prove how well the procedure looked on Santhra. The child’s parents were tremendously joyous over the results and the service provided to them.