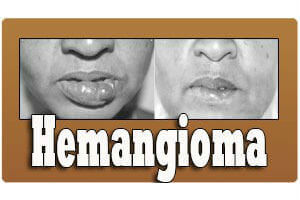 What is craniofacial hemangioma?

Hemangioma is a benign tumor arising from blood vessels. Craniofacial hemangiomas are one such tumours that occur in the head and neck region.

Recently, we treated a patient suffering from Craniofacial hemangiomas. She was unable to chew and eat some food stuff because it would cause bleeding. The bleeding was not intense, mostly but was persistent and would resolve within a day or two. The other main concern was the cosmetic issue. She was not feeling good to attend weddings, parties and social get-togethers.

Why did she not do anything about this for this long?

She has had two surgeries earlier when she was way younger. But still the tumor was not fully removed. She was disillusioned until she met Dr.  Sunil Richardson at Richardsons Dental and Craniofacial Hospital in South India.

What did we do at Richardsons?

A team of surgeons headed by Dr. Richardson performed the surgery on her lower lip. We did laser, cautery, and various suturing techniques to fix the issue. She stayed in the hospital for 4 days. Here is her review pic after two months.

No, it will not recur as the results are permanent.