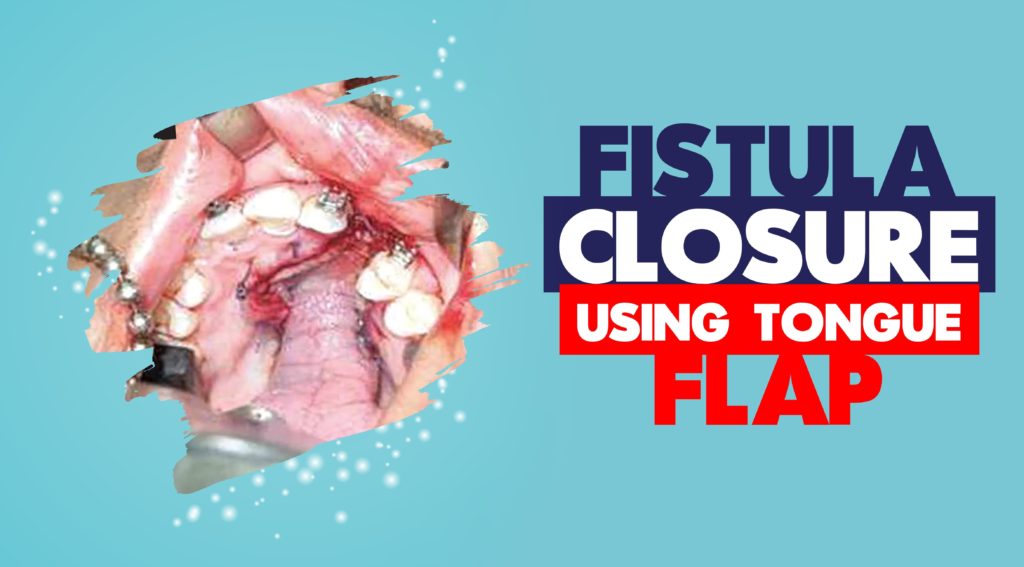 Fistulas are a common complication after a cleft palate repair. The size of the fistulas varies from small to large. We can fix many of the smaller fistulas using a re-operative palatoplasty or some local flap closure, while a reliable flap for fistula closure surgery might be required for large, complicated fistulas.

How to close a complicated palatal fistula:

For complicated palatal fistula closure where  it is difficult or almost impossible to close the nasal layer, tongue flap is a good option. We can do this efficiently in two layers – double layer closure and modified single layer closure. At the same time, there are certain points to consider to avoid any further complications later on.

We carry out the fistula closure surgery under general anesthesia and nasal intubation. Initially, we mark the surgical site and inject local anesthesia with adrenaline to get hemostasis and ease the dissection. After which, we place the incision on the fistula margins on the oral side and turn it towards the nasal side without direct closure.

We thus achieve a doughnut shape with the center of the nasal layer left open. Later, we mark the tongue flap in the desired size as per the length and width of the fistula. To ensure better blood supply and healing, we raise the tongue flap with a small amount of muscle (5mm) using cautery. Now there should be a 2 layer closure on the periphery of the fistula i.e, the tongue flap orally and reflected fistula margins nasally. Mattress sutures are placed to secure the tongue flap to the doughnut-shaped nasal layer and palatal mucosa orally. The donor site of the tongue is closed using sutures.

We usually keep the patient under observation for 24 hrs and discharge once they start taking a liquid diet. And should make weekly visits until the second stage. After 2 to 3 weeks, we re-operate the patient under general anesthesia. We test the flap with vascular loop tourniquet for adequate vascularity before separation. After separation, we do the final resetting of the flap, and suture the remaining flap  to the palatal mucosa, and trim the remaining flap pedicle. Finally, we close the tongue donor site completely with a suture.