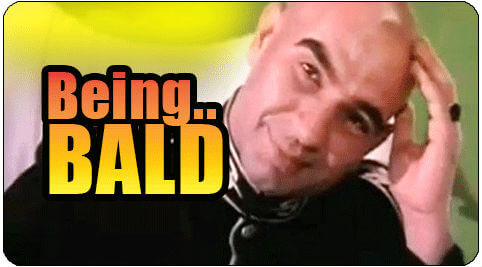 Remember Kanchacheena from Agneepath? The bald Sanjay Dutt on the big screen was a nightmare to look at for the audience. In India and the world over being bald is often associated with scary or terrifying. Shakal is another example of a scary bald villain. Indian cinemas have more often than not linked baldness with darkness and negativity. So automatically when we see a bald person we have a preformed image of him, a not so pleasant image I may say. Here is the solution for baldness using hair transplant surgery. 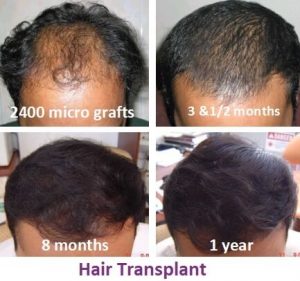 Many patients walk into our center with a complaint of losing hair or very sparse hair growth. Early hair loss and balding have become a major cause of concern for the modern world. Stress plays a major role in leading to hair loss. Genetics also play a big role in the weather or not a person has early hair loss. A patient by the name of Jerubin walked in our center with his elder brother. The main similarity that the brothers shared other than similar facial features was that they both had early hair loss. Their hair loss pattern was what can be described as male pattern baldness which is hereditary as seen in this case as well.  Jerubin told us that he wanted to get his hair loss, early balding issue treated as soon as possible because he was traveling out of India soon. He said that he wanted to get hair treatment done because he felt embarrassed by his public image. We conducted the initial pre-surgical examination of Jerubinand suggested him to undergo Hair transplant surgery. He was admitted to our hospital the very next day and underwent the procedure on a day care basis.

Here at Richardsons dental and craniofacial hospital, we perform the hair transplant procedure on day care basis. The surgery is performed under Local anesthesia, the patient is fully conscious, there are no postoperative scars or any sutures or stitches given. We follow the FUE or follicular unit extraction technique. The hair follicles are extracted from the back of the head and transplanted to the area deficient site. These surgeries have no blood loss and are completely safe. We would like to call it a Scarless, sutureless, safe and sophisticated method. The patient is discharged the same day from the hospital and has a full recovery. The patients usually go back to their normal routines the very next day after surgery.

Are you losing hair?

And it is causing you to despair?

Or is it making your head bare?

Come to us for total hair care!!