HomeBlogNose surgeryHow Nose Surgery in India Is Performed Based on Ethnicity

How Nose Surgery in India Is Performed Based on Ethnicity 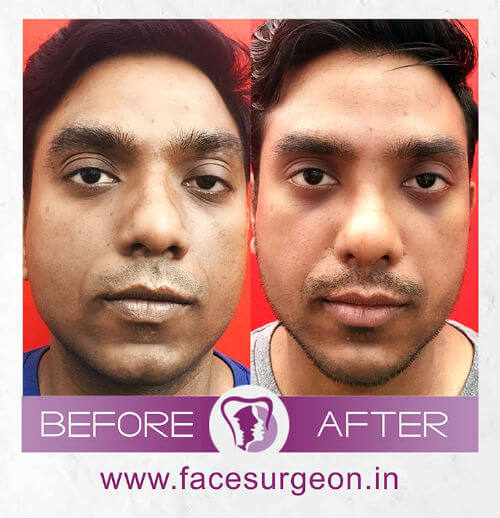 How Nose Surgery in India Is Performed Based on Ethnicity

Gone are those days when nose surgery In India or cosmetic surgery generally, reminded us of Hollywood celebrities! In recent years, an increasing number of Indians, especially women between 18 and 25 years of age, have been embracing cosmetic procedures like rhinoplasty in order to enhance their appearance and to boost confidence, other than medical reasons. Hence it is vital to find the best rhinoplasty surgeon in India, who has hands-on experience in dealing with noses of various ethnicities.

Are you aware of the fact that cosmetic surgery was first developed in India about 2500 years ago? “Sushruta Samhita,” the world’s earliest works on medicine and surgery by Sushruta, details a variety of ancient Indian surgical procedures, including skin grafts and nose reconstruction (Rhinoplasty). Sushruta, for this reason, is regarded as the “Father of Indian Medicine” and “Father of Plastic Surgery.”

According to the American Society of Plastic Surgeons (ASPS), around 220,000 rhinoplasty surgeries are performed yearly. Rhinoplasty was a common procedure in ancient times and without a question, it still continues to be among the top five cosmetic surgery procedures in the world. A recent survey by ASPS also revealed that a good percent of the crowd expressed an interest in procedures like rhinoplasty, facelifts, and breast augmentation, despite the economic disruption amid the coronavirus pandemic.

That was a bit about the history and statistics of rhinoplasty. Now, let’s check out how rhinoplasty procedure differs based on race and how an expert surgeon can help you get the look of your dreams.

Rhinoplasty is an Art

The nose is prominently visible from the front and the side and is an important organ that defines one’s appearance. It also plays a vital role in identifying one’s ethnicity – yes, in many cases, we can determine ethnicity from the size and shape of the nose. The shape and size of human noses can also vary due to genetics and injuries. However, conducting a nose job on people of varying ethnicities is not an easy job. It is an art that can be very complicated unless the surgeon has an artistic vision and a good sense of harmony about how the patient’s natural nasal structure might compare to the result they are striving for.

Ethnic rhinoplasty is a renowned nose surgery procedure aimed at creating an aesthetically appealing nose shape while holding on to the distinct unique-characteristics of each ethnic group. During the 80s and 90s, expert rhinoplasty procedures were mainly based on the Caucasian nose shape which did not work out for the people of Asian, African American, Middle Eastern, or any other ethnic group. But, today’s advanced rhinoplasty approaches focus on individual beauty that embraces the heritage and enhances one’s aesthetics rather than creating a universal nose design. The new-gen patients are also willing to get a total cosmetic surgery to fit the overall balance and proportion of the face, instead of simple one-design nose surgery. Ethnic rhinoplasty requires a full understanding of certain ethnic groups and extensive rhinoplasty experiences to adjust the details according to the patient’s needs.

You might be thinking, a nose is a nose. But it is worth a closer look! Every ethnicity has distinct characteristics such as skin, tissues, cartilage, and bone. In general, Asians and African Americans tend to have poor tip projection, thick skin, bulbous nose, and weak septal cartilage, and might not stand up to extreme changes in reconstruction. Surgeons would ‘build-up’ their nose structure using the septal or rib cartilage. On the other hand, Western Caucasians and Middle Eastern groups have bulky septal cartilage, excess projection, and droopy, or hump nose. Surgeons would mainly use the septal cartilage for their nose surgery instead of rib cartilage since they have enough amount of septal cartilage. The Indian nose is broader, shorter, and less rotated compared to Caucasian counterparts.

An important part of creating a beautiful nose is making sure that it is in harmony with the rest of the face and that it preserves the patient’s ethnic characteristics. For this reason, there are many differences between rhinoplasty for Asian patients and rhinoplasty for Caucasian patients.

Techniques that are successful in European reconstructions may be problematic on Asian nose jobs. The surgeon needs to have expertise in performing the alterations in addition to his familiarity with the nasal anatomy. People would love to see their nose look natural after a nose job, not like it was reconstructed or create a fake look.

Asia, being the largest continent in the world has various tribes as well as mongoloid background, including countries such as China, Japan, Korea, Taiwan, Singapore, Thailand, Vietnam, Philippine, and Indonesia among other counties. Asian rhinoplasty creates narrower nostrils for Southern Asians, while nostril narrowing is only needed for approximately 15 percent of the North Asian people.

In China, women increasingly choose nose surgery to pull-off a more eminent “Western” nose. While people from Western cultures concentrate on the eyes when looking at someone’s face, researches say, East Asians’ eyes are on the nose.

Performing an aesthetic and functional rhinoplasty, while maintaining the acceptable anatomic confines of each of the Asian groups, can result in successful surgeries with high levels of patient satisfaction 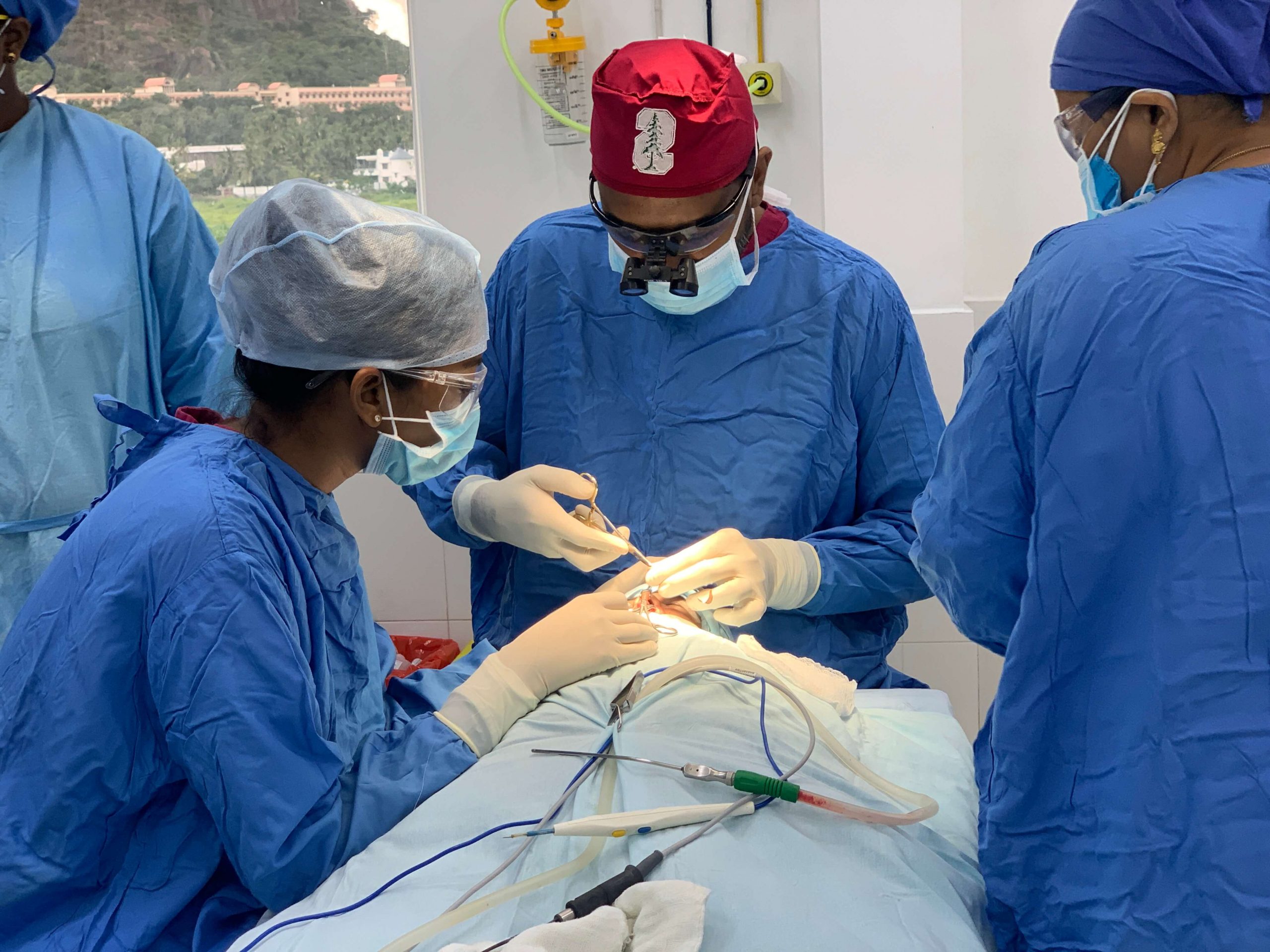 SPECIAL CONSIDERATIONS FOR THE ASIAN NOSE

There are various techniques for performing Asian rhinoplasty. A few techniques include the use of silicone and Goretex to augment or elongate the nose, and few use ear cartilage, while there are also procedures that just includes reshaping the existing nasal cartilage.

Most Asians have a short-depressed nose – fairly flat at the bridge, short-retruded columella, and midface retrusion. To achieve the perfect harmony, a retruded midface and columella are elevated, the tip of the nose is projected more, the nose bridge is heightened to raise the nose, and the length of the nose is elongated. The autologous rib cartilage rather than small cartilage is the optimal choice for Asian rhinoplasty, as it provides stability to support the nasal structure and abundant cartilage amount for the design. Therefore, Harmony Rhinoplasty is recommended for Asian Rhinoplasty.

Unlike the Asian counterparts, Caucasians generally have thinner and weaker skin. Hence we cannot use foreign implants, as it would be clearly visible and create an odd appearance. Using their own natural tissue is the key to the success of Caucasian nose surgery, as they naturally have enough amount of septal cartilage that can be used in rhinoplasty. Deviated septal cartilage from trauma or accident can worsen the shape of the nose and the breathing problem. If there is not enough septal cartilage, we can also use rib cartilage to reshape the nose. The rhinoplasty surgeon’s expertise and experience in the rib cartilage nose job are inevitable as it requires a precise shaping and well-balanced ratio that prevents asymmetric appearance and breathing problems.

To perform Middle Eastern rhinoplasty, the surgeon needs to have extensive knowledge of these specific nose characteristics and unique ethnic features to improve the shape of the nose, while maintaining the typical Middle Easterner look. The biggest concern of many Middle Easterners is a deviated septum, which eventually causes breathing problems. They also go for nose jobs to improve their weak tip, droopy, and bumpy nose. So clinical and aesthetic approaches are important while doing a nose job on Middle Easterners.

The main goal of the procedure is to create a smooth nose line by improving hump and droopiness. Depending on the size and height of the patient’s nose, the rhinoplasty surgeon in India will most likely recommend either using septal cartilage or rib cartilage for the nose surgery. As these groups of people have enough autologous cartilage, the use of foreign implants is not common. Instead, surgeons use the patient’s septal cartilage (Middle Eastern groups usually have well-developed cartilages) to correct the septal deviation and create a harmonized nose.

African American rhinoplasty is an ethnic nose surgery for people who have unique features, such as wide nostrils, fatty tissues, and skin, deviated septum, protruded mouth, and weak nose tip. As they generally have a low bridge and short nose, septal cartilage is merely harvested to use for the nose job. African Americans tend to have similar characteristics as Asians since both ethnic groups require a plastic surgeon to ‘build-up’ their nose instead of smoothening out the nose line. Most of the time a strong material is required to support thick skin tissues in African Americans, such as rib cartilage, that can build the nose structure and elongate the length. Surgeons might also remove partial fats or reduce nostrils in case of slimming down the wide nose shape. Harmony Rhinoplasty is mostly recommended for African American Rhinoplasty as well.

Outcomes Of Choosing A Poor Rhinoplasty surgeon in India

The appearance of the nose after rhinoplasty is something we all have to see and live with for the rest of our lives. Hence it is important to choose the best rhinoplasty surgeon in India for the best results.

If you happen to choose a poor surgeon with minimal knowledge and experience in rhinoplasty, you could face potential problems that include:

Though any surgical procedure has its own inherent risks, even the best rhinoplasty surgeons will have a small percentage of inevitable complications or unsatisfying results. While this can be emotionally stressful for patients, significant worry can be mitigated through careful planning and the deep knowledge that advanced training surgeons use to manage the issues. 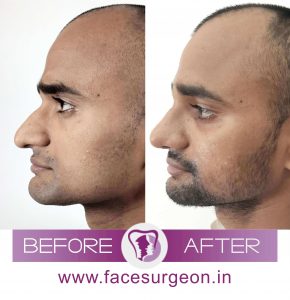 The ability to reshape and adjust the nose in a closed rhinoplasty procedure is an outstanding challenge that only the most experienced and qualified cosmetic plastic surgeons. An experienced facial plastic surgeon who practices a substantial number of nose jobs will provide you with complete, comprehensive instructions and details about your procedure so that you know exactly what to expect and what to do.

If you are considering rhinoplasty and would like to obtain a beautiful nose that is balanced with the rest of your facial and physical features, contact Richardsons Hospital immediately! Our expert surgeons apply the most advanced rhinoplasty techniques, developed specifically to improve and preserve the ethnic and cultural identity of our patients.

► What you need to know before Rhinoplasty

► All that you wanted to know about Rhinoplasty

► Richardson’s Surgical Protocol for a Rhinoplasty