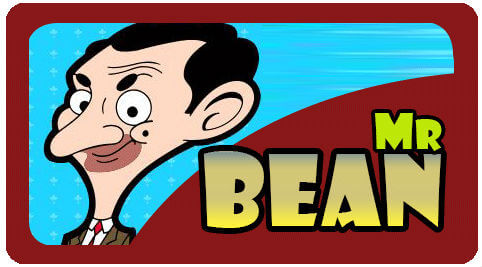 Whatever your place of origin, we millennia’s are all aware of the antics of Mr. Bean! I remember this episode very distinctly where Mr. Bean visited the dentist!! That buffoon had everyone in splits most of the times. Though, now as an adult and more so as a Maxillofacial Surgeon, I see Mr. Bean with a different perspective. On close examination, we see observe Mr. Bean’s excessively pointed nose & a rather short chin which gives him a rather comical look. However, having a combination of the pointed nose along with a short chin isn’t an asset for the common people. One such patient Raman came to Richardsons dental and craniofacial hospital for genioplasty surgery.

With a complaint of a pointed unshapely nose and a short chin, Raman believed that the shape of his nose & chin image him look ugly, hence wanting improvement in his overall image. He consulted with Dr. Sunil Richardson and discussed with his idea of a perfect nose and chin. A thorough pre-surgical workup was done.

We took his Pre operative CBCT scan and constructed a pre-surgical mock-up model. After doing the needed model analysis for the chin surgery and going through the CBCT scans of the nose, we decided to perform a combination of Genioplasty or mentoplasty  & Rhinoplasty or a nose job procedure.  We planned to Advance his chin forward as well as perform an esthetic Rhinoplasty procedure for his nose. The main advantage of combining these surgeries in one single operation is that it saves the patient a hassle of undergoing a second surgery as well as post-surgical discomfort. The whole procedure took around 3 hours to complete. Also, combining genioplasty with rhinoplasty reduces overall treatment cost as well. The patient was kept on a liquid diet for 2 days post-op after which he was shifted on a soft diet. The patient had full recovery post surgery.

Esthetic attractiveness has become very import to the society irrespective of the gender of the patient. Cosmetic surgeries have become the talk of the town nowadays. Here at Richardsons dental and craniofacial hospital, we perform a variety of cosmetic esthetic surgeries including Rhinoplasty, Genioplasty, Maxillary advancement or setback, Mandibular advancement or setback, Laser therapy, hair transplant procedures as well.  Our main goal is to provide the patient treatment best suiting his/her needs in a short span of time.