HomeBlogSleepObstructive Sleep Apnea Symptoms & Other Things You Must Know

Obstructive Sleep Apnea Symptoms & Other Things You Must Know 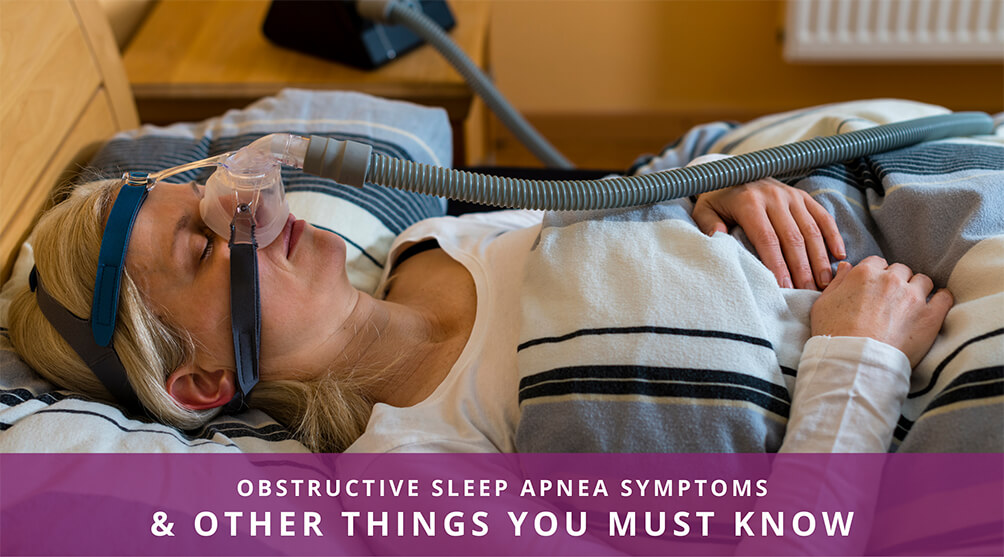 Obstructive Sleep Apnea Symptoms & Other Things You Must Know

What Are the Symptoms of Obstructive Sleep Apnea?

While some patients don’t feel well rested enough even after a night’s sleep and experience grogginess during the day, others don’t display many symptoms. One of the most common obstructive sleep apnea symptoms is snoring. Other symptoms include depression, morning headaches, difficulty remembering things, falling asleep frequently during the day, being irritable, snoring that resumes through a loud sound emanating once the patient breathes again, and snoring interrupted by some quiet periods. 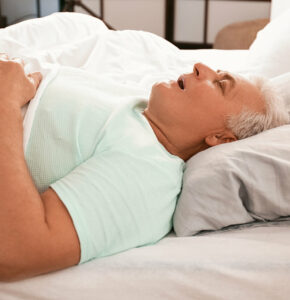 The symptoms to watch out for are loud snoring, choking, gasping, snorting, and interruptions in breathing while you’re asleep. While children with OSA can experience hyperactivity or poor performance in school, adults can often experience a loss of interest in sexual activity.

Obstructive sleep apnea occurs when the muscles at the back of a patient’s throat relax a bit too much, causing an obstruction for them to breathe normally. As the muscles relax, the airway gets narrower as you breathe, blocking your breathing for 10 seconds or more. This leads to the oxygen levels in your blood getting lowered, causing a buildup of carbon dioxide. The brain senses this period of impaired breathing, leading you to wake up so the airway can reopen.

The awakening is often accompanied by short breaths, which get better after breathing deeply once or twice. You could also find yourself gasping, choking, or snorting. These disruptions could happen 30 times an hour in severe cases, and it’s due to these disruptions patients don’t get enough deep sleep and feel tired and lethargic the next day.