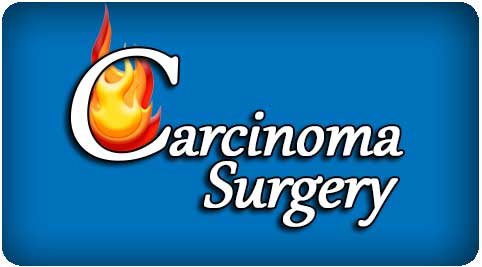 Mr.Raghu underwent ablative surgery for Oral Carcinoma Surgery about two years back. His habit of betel nut chewing had cost him his health and the surgery to remove the carcinoma involved removing a large portion of the right side of his cheek and gums. In order to replace the lost tissues, some skin and tissue was taken from the outer aspect of his cheek by what is called a nasolabial flap and was replaced into the mouth from where the cancer was removed. This tissue was attached all the way up to the tip of his tongue in the floor of the mouth starting from the cheek of the right side. Over the years, due to healing and scarring that takes places post-surgically, the tongue got adhered to this flap and the mobility of the tongue was greatly reduced.

He came to us with the above complaint and also about hair growth inside his mouth in the area of the flap. A full work-up was done for him by the maxillofacial surgery team at Richardsons Dental and Craniofacial Hospital (Head-Dr.Sunil Richardson and Surgical fellows Dr.Shreya Krishna and Dr.Avi Bansal).  No signs of recurrence of the primary cancer was evident. A CBCT scan was also done for him which revealed no abnormality. Blood reports were also within normal limits.

He was planned for lingual frenectomy by V-Y plasty. The procedure was done under local anaesthesia and took about 30 mins. The abnormal attachment of the tongue was released and sutured in a manner to increase the length of the tongue. Cauterization of the superficial layer of the nasolabial flap was done intra-orally to get rid of the hair growth.

The immediate post-surgical results of the patient are evident, the freeing of the tongue can be seen.
After oral cancer surgery, revision surgeries are needed to improve the quality of life of the patient. These type of surgeries improve the feeding and speech of the patient. At Richardsons dental and craniofacial Hospital such cases are regularly done.