HomeBlogDentalWhat is a Dentigerous cyst?

What is a Dentigerous cyst? 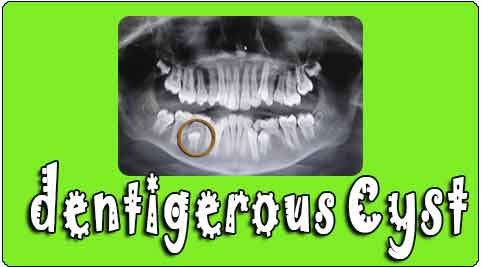 What is a Dentigerous cyst?

Dentigerous cyst is a type of jaw cyst that usually starts with an impacted wisdom tooth and then grows both in the front part of the lower jaw and also the lower part. It grows by bony erosion of the jaw and weakens it gradually. It is a benign cyst but still aggressive and needs prompt dentigerous cyst treatment.

What were the patient’s complaints?

This patient complained of dull aching pain near the base of the lower jaw and also occasional ear pains. An OPG was taken and the cyst was revealed. Later on, a CBCT or Cone Beam CT scan was taken to know the exact extent and analysis.

What was done to treat this patient?

The craniofacial team headed by Dr. Sunil Richardson operated on this patient under general anesthesia. The plan was to not only remove the cyst ( enucleation ) but also prevent it from coming back again ( peripheral Osteotomy and chemical cauterization ) along with reconstruction With bone graft for future dental rehabilitation.

How long stay is needed for dentigerous cyst treatment?

Since the bone is harvested by a trephine technique, the healing is quick and the patient should be able to get back home in a couple of days. However, the complete healing may take up to 3 weeks.

If done precisely and clearly, it should not recur again. Having said that, the patient needs to be on regular review for a year or two.

What could have happened if it wasn’t treated now?

If untreated, the cyst would continue to grow and since it grows at the expense of the lower jaw, it weakens it. It might cause joint pain and problems and even pathological fracture. Timely and precise intervention at Richardsons dental and Craniofacial hospital, located near the southernmost tip of India has solved the problem for the patient.