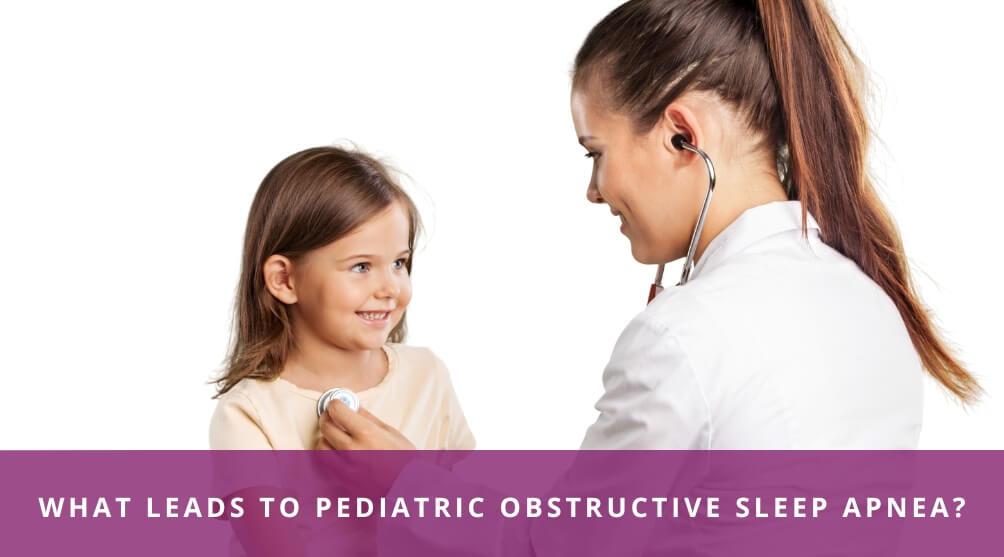 When a child is afflicted with obstructive sleep apnea, their breathing stops because there is an obstruction or blockage in the airway. While the condition can affect anyone, it is generally prevalent in kids between the ages of 2 to 6 and is known to be experienced by 2% to 5% of children.

A couple of differences exist between obstructive sleep apnea in adults and children. While children most commonly face behavioral issues, adults face daytime sleepiness. While the underlying cause of obstructive sleep apnea in children is an enlargement of the adenoids and tonsils, obesity is the common cause of OSA in adults. Early diagnosis and treatment help prevent complications affecting the child’s cognitive development, growth, and behavior. 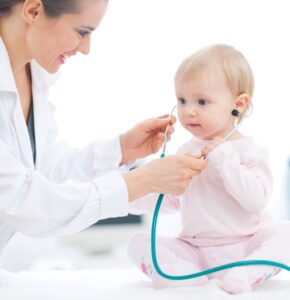 Among the pediatric obstructive sleep apnea causes to know about, the most common one is enlarged adenoids and tonsils that cause the airway to be blocked and lead to breathing obstructions while the child is asleep. During the day, the muscles in a person’s neck and head help open the airway passages. When they sleep, the muscle tone decreases, causing the large tonsils and adenoids to block the airway. The neck, nose, and tongue tissues also contribute to this condition.

Obstructive sleep apnea is commonly seen in children suffering from syndromes that alter their facial structure, such as Down syndrome. The causes of pediatric obstructive sleep apnea could include obesity, retrognathia, growth or tumor in the airway, high muscle tone (cerebral palsy), low muscle tone (neuromuscular diseases), history of cleft palate, and a narrow facial bone structure. Some of the other situations that leave kids susceptible to the condition include those have asthma, nasal allergies, frequent upper airway infections, and stomach acid reflux.

What Are the Symptoms of Pediatric Obstructive Sleep Apnea?

When a parent or guardian is aware of the symptoms and signs of pediatric obstructive sleep apnea, they can identify them in the child and take them to a doctor for further consultation. The symptoms to look out for include bedwetting, poor academic performance, restless sleep, excessive daytime sleepiness, sweating while asleep, losing focus or concentration at school, sleeping in weird positions, being irritable, having morning headaches and growth issues, snoring loudly, and breathing through the mouth during sleep.